Microsoft to Buy Activision Blizzard ! Is it worth the buy? 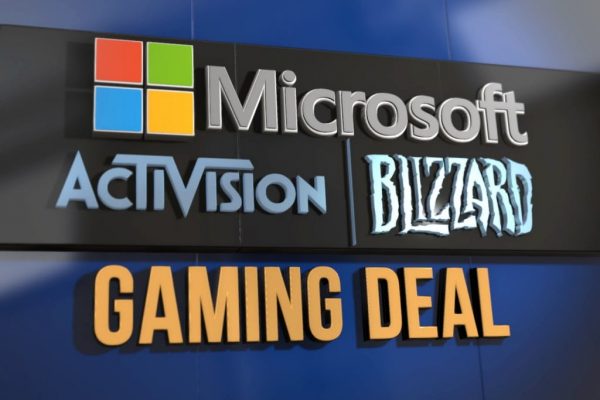 Microsoft to buy Activision Blizzard! Is it worth the buy?

The largest transaction in the history of technology will see Microsoft acquire video game producer Activision Blizzard for close to $69 billion. The Redmond behemoth is now on a buying binge, and its acquisition of one of the biggest game publishers for consoles, mobile devices, and PCs demonstrates its goal to use the Xbox brand to dominate the video game industry.

At the same time, the purchase prompts questions about Big Tech’s market dominance, which is already on regulators’ radar. Many people also think that Microsoft is attempting to dismantle the foundation of the video game business, which depends on innovation and freedom, by acquiring a publisher of this stature.

Since more than 20 years ago, the PlayStation and Xbox (both owned by Sony) brands have been in direct rivalry with one another. Both publishers are always seeking fresh strategies to outdo one another, frequently by acquiring popular titles that will be available exclusively on their respective systems. This has primarily taken the form of PlayStation investing heavily in first-party blockbusters like God of War, The Last of Us Part II, and the Uncharted series.

Xbox, meanwhile, has recently adopted a somewhat different strategy by going on a spending binge and purchasing as many brilliant studios as they can. The business acquired Zen Imax and all of its subsidiaries, including Bethesda Softworks, in September 2020. They also acquired companies including Double Fine Productions, Ninja Theory, and the Mojang Studios team that created Minecraft.

Activision Blizzard will be bought, along with all 10,000 of its workers, according to a recent official press announcement. Additionally, with this acquisition, the development teams behind Candy Crush, Call of Duty, Over watch, World of Warcraft, and even Over watch will be included.

It’s important to keep in mind that this transaction has not yet been completed and that has just recently “agreed” to acquire Activision Blizzard.

Due to the fact that the all-cash deal would cost a staggering $68.7 billion, it will be the most expensive purchase in the history of the technology sector. When Dell acquired EMC for $67 billion, it set the previous record for this.

Microsoft to buy Activision Blizzard Is it worth the buy

CEO Bobby Kotick is accused of enabling a culture of sexual harassment, and the company has recently been at the focus of a number of significant disputes and a high-profile lawsuit (claims which he has denied). Therefore, you might be wondering why this would decide to purchase the publisher and therefore inherit all these issues.

Activision Blizzard is the owner of several valuable pieces of intellectual property (IP) and very profitable gaming services including World of Warcraft and Call of Duty: Warzone. By acquiring the business, This will be in a position to either turn some of these games into future Xbox exclusives or utilize them to support its thriving Game Pass service.

It would be a tremendous win and an even greater setback for Sony if the same thing happened with new Call of Duty titles or Over watch 2.

Activision Blizzard will play a key role in Microsoft’s Metaverse plan, the press release claims. The statement does state that the acquisition would “accelerate the expansion of Microsoft’s gaming business across mobile, PC, console, and cloud and will provide building blocks for the metaverse,” despite the fact that details are obviously few at this early point.

“The corporation now has a 3D gaming experience layer to go along with their Xbox gaming hardware thanks to the acquisition . This indicates that Microsoft is now in control of many crucial cards in the evolving metaverse, including devices, back-end infrastructure, and now an experience platform.”

Finally, the news statement does say that Bobby Kotick will continue to serve  CEO following the acquisition, for those who may be wondering what will happen to him. Some writers, including Jason Schreier of Bloomberg and Paul Tassi of Forbes, doubt that this will continue.