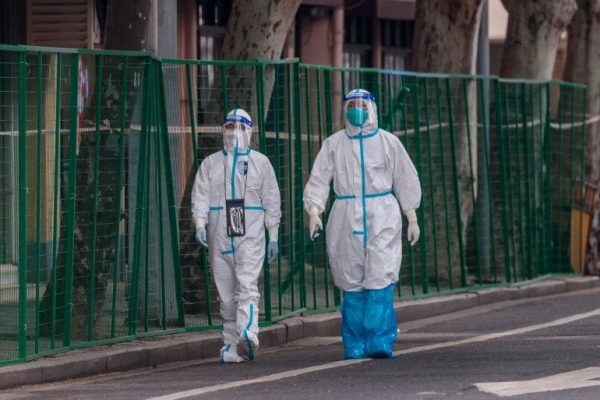 Every virus undergoes gradual evolution, including COVID-19’s causative agent, SARS-CoV-2. The majority of alterations hardly or never affect the virus’s characteristics. However, some modifications may have an impact on the virus’s characteristics, including how quickly it spreads, the severity of the accompanying sickness, or the effectiveness of vaccines, therapeutic drugs, diagnostic tools, or other public health and societal interventions.

In China’s Shandong and Henan provinces, 35 persons are thought to have contracted a novel virus called Langya henipavirus.

It shares a connection with viruses that harm people, the Hendra and Nipah viruses. We don’t yet know much about the new virus, also known as LayV, particularly whether it spreads from person to person.

How Sick Are People Getting?

The novel virus was initially discovered by Chinese researchers who were doing routine surveillance on individuals with fevers who had recently reported interaction with animals. After identifying the virus, the researchers searched for it in additional persons.

Although scientists don’t know how long the patients were ill, the symptoms reported—fever, exhaustion, coughing, loss of appetite, muscle aches, nausea, and headache—appeared to be generally minor.

A smaller percentage of patients suffered potentially more serious problems, such as pneumonia and changes in the function of the liver and kidneys. However, there was no information on the severity of these anomalies, the need for hospitalization, or whether any cases were fatal.

Where Sid This Virus Come From?

The researchers also looked into the possibility that the virus originated in domestic or wild animals. There was more concrete proof that a sizable part of wild shrews was harboring the virus, even though they only discovered a tiny number of goats and dogs that may have previously been infected with the virus.

This shows that wild shrews may have transmitted the virus to humans.

Does this Virus Actually Cause this Disease?

To discover this new virus, the researchers turned to a cutting-edge method known as metagenomic analysis. Researchers sequence every genetic component before discarding the “”known”” sequences (such as human DNA) in order to seek “”unknown”” sequences that could be a new virus.

This raises the issue of how researchers can determine whether a certain virus is to blame for the illness.

In the past, “”Koch’s postulates”” were employed to assess if a specific microorganism causes disease.

If given to a healthy person, the disease-causing isolate from patients must manifest as the illness (or animal)

When healthy individual becomes unwell, it must be possible to re-isolate them from the environment.

The researchers asserted that this new virus does not yet match these requirements, and it has been questioned if they still apply in the present.

There was evidence that 14 individuals’ immune systems had responded to the virus, and persons who were more ill had more virus, according to the authors, who claim they were unable to identify any other factors contributing to the illness in 26 people.

What Can Learn from Related Viruses?

The Nipah virus and the Hendra virus, two additional viruses that are relevant in humans, appear to be distant relatives of this new virus. The fictional MEV-1 virus in the Contagion movie was modeled around this group of viruses.

The Hendra virus was originally identified in Queensland in 1994, where it claimed the lives of trainer Vic Rail and 14 horses.

Since then, several horse outbreaks in Queensland and northern New South Wales have been documented. These outbreaks are widely believed to be the result of “”spillover”” infections from flying foxes.

Seven human cases of the Hendra virus, including four fatal cases, have been reported in Australia (primarily among veterinarians treating sick horses).

Globally, the Nipah virus is more prominent, and Bangladesh is typically the site of outbreaks. The seriousness of infection can range from very mild to fatal encephalitis (inflammation of the brain).

The first outbreak in Malaysia and Singapore was reported in people who had close contact with pigs. However, it is thought more recent outbreaks have been due to food contaminated with the urine or saliva of infected bats.

Significantly, the Nipah virus appears to be transmitted from person to person, mostly among household contacts.

What Does Need to Find out Next?

The instances that have been officially reported are probably just the beginning of this new virus, about which nothing is known. There is currently no evidence that the virus may transfer from person to person.

It will take more investigation to ascertain the infection’s potential severity, mode of transmission, and potential scope in China and the surrounding countries.