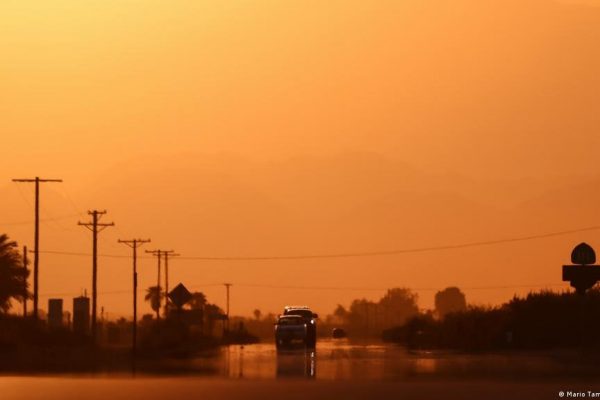 Records for the length of a heat wave might be set in the Pacific Northwest this week, and officials are increasing the capacity at some cooling facilities as high temperatures are expected to last into the weekend.

Colby Neuman, a meteorologist with the National Weather Service in Portland, Oregon, predicted that temperatures will hover around 100 degrees for the duration of the next days, up until Saturday.

The biggest city in Oregon is expected to have another day with a high of 101 degrees Fahrenheit (38.3 degrees Celsius). Portland hit a day record of 102 F on Tuesday (38.9 C).

Seattle posted a new daily high of 94 F on Tuesday as well (34.4 C). Western Washington was also expected to experience the heat wave through Saturday.

The high heat advisories have been renewed by the National Weather Service into Saturday night.

According to Neuman, Portland is “in the running” to match its longest string of six days in a row with temperatures of 95 F (35 C) or above because of the heat wave’s length.

According to climate scientists, climate change is causing prolonged heat waves in the Pacific Northwest, an area where weeklong hot spells were previously uncommon.

According to the Oregon State Medical Examiner’s Office, at least two individuals have died during the heat wave from probable hyperthermia, KGW reported on Wednesday. According to the Multnomah County Medical Examiner’s Office, there was one fatality on Monday in Portland. The state medical examiner’s office said that the preliminary determination of heat-related death may alter upon more examination.

According to Dan Douthit, a representative for the city’s Bureau of Emergency Management, the number of 911 calls in Portland connected to the heat has increased by three times in recent days, from an estimated eight calls on Sunday to 28 calls on Tuesday. According to Douthit, most calls required a medical response.

According to Multnomah County, more individuals are going to the emergency room because of symptoms brought on by the heat.

The county said in a statement that emergency room visits “have remained increased since Sunday.” “Hospitals have handled 13 cases of heat sickness in the last three days, when they would ordinarily expect to see two or three.”

Older persons and those working or exercising outdoors were also sent to emergency rooms, the statement said.

Those who labor outdoors include those employed by Portland’s renowned food cart business. As sidewalks heat up, several food trucks have stopped operating.

It was 120 F (48.9 C) inside Rico Loverde’s modest shop this week, the chef and proprietor of the food cart Monster Smash Burgers, who said that the temperature inside his cart is often 20 degrees hotter than the outside temperature.

Loverde claimed that his freezers overheat and shut off if the temperature rises beyond 95 F (35 C). Loverde said that despite significantly lower temperatures in the mid-90s last week, laboring in his cart for hours on end caused him to have heat stroke.

“It aches; there is no denying that. Since they must also pay their expenses while we’re closed like this, I still pay my staff, but it’s not good for a tiny firm, he said on Tuesday.

130 individuals spent the night at Multnomah County’s four emergency overnight cooling shelters on Tuesday, according to the county. However, administrators opted to increase capacity at the four locations to house approximately 300 people in anticipation of increased demand.

In search of cover with some pals on Wednesday afternoon as the temperature climbed, tent dweller William Nonluecha of Portland. Nonluecha was close to a cooling shelter erected up by the neighborhood authority, but she was unaware that it was available. The heat in his tent, he said, was almost intolerable.

A guy in a tent nearby died of heat exhaustion during a record-breaking heat wave last summer, but no one noticed it, according to his buddy Mel Taylor, who was homeless the previous year but is now living in transitional housing. He worries that it may occur again this summer.

He stayed in his tent for about a week, and Taylor said that they discovered his death because of the scent. It is sad.

Following last summer’s catastrophic “heat dome” weather event, which led to record temperatures and fatalities, residents and policymakers in the Northwest have been attempting to adapt to the probable reality of longer, harsher heat waves.

During the heat wave, which occurred in late June and early July, almost 800 people perished in Oregon, Washington, and British Columbia. In Portland, the temperature at the time reached an all-time high of 116 F (46.7 C), shattering heat records in towns and cities around the area. Many of those who passed away were elderly and single.

There are frequently 100 degree days in other parts of the United States. However, individuals are less used to the heat and more sensitive to it in places like the Pacific Northwest, according to Craig Crandall, an associate professor of internal medicine at the University of Texas Southwestern Medical Center.

People in regions like the Northwest are at a far increased risk of suffering heat-related illnesses and dying away, according to Crandall.

The haze may reach levels that might be dangerous for sensitive populations, according to air quality warnings issued on Tuesday by officials in Portland and Seattle. These recommendations are likely to remain until Saturday.

The National Weather Service issued a heat warning for western Nevada and northeast California on Wednesday. The advisory is expected to be in effect from late Thursday morning through Saturday night. Near record daytime highs will be between 99 and 104 degrees F across the area (37.22 to 40 C).