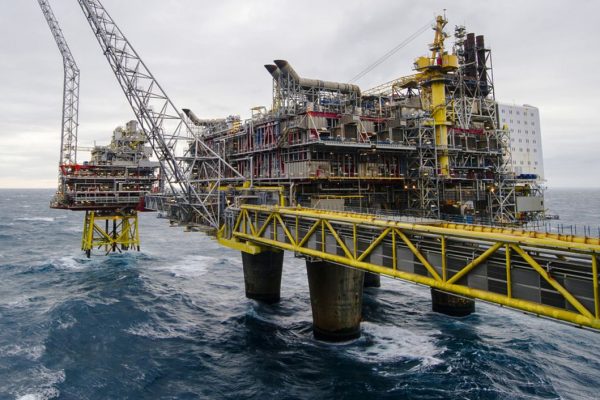 The union in charge of the industrial action said that the strike by Norwegian offshore workers, which started on Tuesday, will reduce the nation’s oil and gas production.

The strike is being held amid high oil and gas prices, with supplies of gas to Europe being particularly scarce as a result of Russian export restrictions. Workers are calling for salary increases to offset growing inflation.

The start of the strike was confirmed to Reuters by Audun Ingvartsen, the Lederne union’s president.

On Monday night, the union and the lobby for the oil industry announced that the parties to the negotiations had not made any progress and that a strike would start at midnight local time (0000 CET).

The Norwegian Oil and Gas Association said on its website that the strike would “significantly disrupt gas exports.” The loss will be equivalent to 13% of Norway’s daily gas exports.

The platforms’ owner and operator, Equinor, said on Tuesday that a strike caused the suspension of three fields in the North Sea.

From Wednesday at midnight, the strike that began on Tuesday at Gudrun, Oseberg South, and Oseberg East will also affect Kristin, Heidrun, and Aasta Hansteen.

Tyrihans, the seventh field, will have to close since Kristin is used to process its product.

On Monday, Lederne announced that it will intensify the strike beginning on July 9 by calling for walkouts at three more stations.

Equinor stated on Tuesday that oil and gas production would be decreased by 89,000 barrels of oil equivalent per day (boepd), of which gas production accounts for 27,500 boepd.

Equinor said that oil production would be reduced by 130,000 barrels per day starting on Wednesday as the strike intensifies.

According to Reuters, the activity this week is equivalent to around 6.5 percent of Norway’s output.

It implies that by Saturday, up to 25% of Norway’s gas output and around 15% of its oil output may be shut down.

According to reports, the Norwegian government was “watching the dispute carefully.” If there are extraordinary circumstances, it may intervene to put an end to a strike.