Nuclear Capable Cruise Missiles Are Being Deployed by North Korea 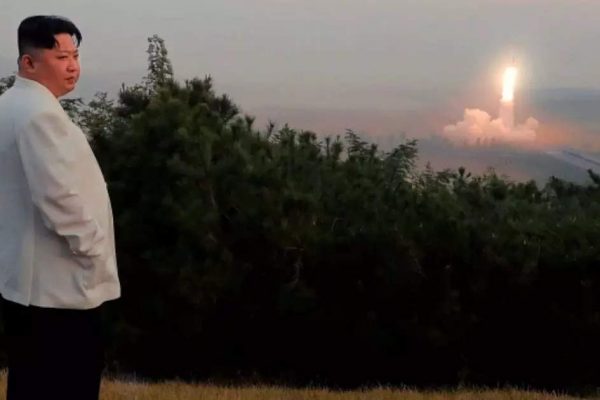 State media on Thursday said that North Korean leader Kim Jong Un had personally supervised the launch of two long-range strategic cruise missiles as part of a test to verify the functionality of nuclear-capable weaponry now in use by military forces.

Cruise missiles used by the Korean People’s Army “for the operation of tactical nukes” underwent a test fire on Wednesday, with the stated goal of improving the effectiveness and power of these weapons. This was reported by the official Korean Central News Agency (KCNA).

Leader Kim Jong Un declared, according to KCNA, that the Korea “shall continue to expand the operating domain of the nuclear strategic armed forces to firmly deter any key military crisis and war crisis at any moment and thoroughly seize the initiative in it.”

A representative for the US Department of State refused to comment on the launches, instead emphasizing the continued emphasis on tight coordination with allies and partners to address the risks presented by North Korea.

The South Korean military claimed to have seen the launch in real time and to be still analyzing data from the tests.

The nuclear function has been confirmed by Wednesday’s test, and it is currently operational, however it is unknown if North Korea has mastered the technology required to make warheads small enough to be carried on a cruise missile.

North Korea has lately produced a variety of smaller weapons, including the cruise missiles, that are thought to be able to fly low and maneuver to better escape missile defenses.

Developing smaller bombs was mentioned by Mr. Kim as a major priority last year, and officials in Seoul have speculated that this may be one of the North’s aims if it conducts nuclear testing for the first time since 2017.

Because they are not specifically prohibited by UN Security Council resolutions, North Korea’s cruise missiles often get less attention than ballistic missiles.

Analysts have voiced concerns about the destabilizing effects of cruise missiles and short-range ballistic missiles that are capable of bringing either conventional or nuclear bombs into battle.

Professor Leif-Eric Easley from Ewha University in Seoul believes that “North Korea’s cruise missiles, air force, and tactical nuclear weapons are probably considerably less competent than propaganda indicates.” However, “it would be a mistake to dismiss North Korea’s recent nuclear testing frenzy as hyperbole or sabre-rattling.”

The Obama administration finally released its long-awaited national security policy on Wednesday, but it included just a single mention to North Korea, highlighting the limited choices the United States has in trying to curb its nuclear and missile programs.

Ex-US envoy to East Asia under President Obama, Mr. Daniel Russel, found this striking “not only because it passes so quickly past a persistent and existential threat, but also because it frames the strategy as’seeking sustained diplomacy toward denuclearisation’ when North Korea has so convincingly demonstrated its utter rejection of negotiations.”

According to a research released on Wednesday by the Center for Strategic and International Studies in the United States, the recent firing of a ballistic missile from a lake underwater likely serves more political than military purposes.

According to the research, North Korea likely conducted the nuclear test as part of a propaganda and deception effort to boost the country’s “desired external image” of being a great nuclear state.

There have been increased demands in South Korea for the redeployment of American tactical nuclear weapons, which were removed in 1991, or for Seoul to withdraw from the Non-Proliferation Treaty and establish its own arsenal in response to the North’s development of new kinds of nuclear weapons.

South Korean President Yoon Suk-yeol, who had supported the concept of requesting the United States to relocate nuclear weapons during the election campaign last year, has since claimed that option has been ruled out. However, this party’s elders have been saying over the last week that they think it’s time to rethink their positions.