Petrol Stocks in Sri Lanka Are About to Run Out, Says Energy Minister 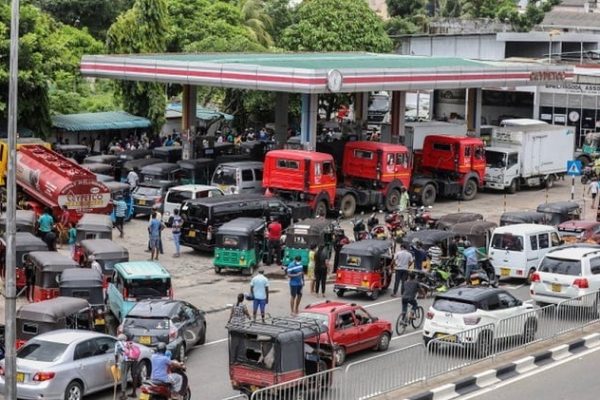 According to Kanchana Wijesekera Energy Minister of Sri Lanka on Sunday, the country only had enough gasoline to last under normal demand for less than a day.

The next shipment of gasoline, he added, wouldn’t be arriving for another two weeks.

According to Mr. Wijesekera, the nation still had 12,774 tonnes of diesel and 4,061 tonnes of gasoline in its reserves.

The following gasoline shipment is anticipated to arrive between July 22 and 23.

Although Mr. Wijesekera cautioned that the country does not have enough money to pay for planned fuel and crude oil imports, a shipment of diesel is anticipated to arrive at the weekend.

He claimed that compared to the $587 million required for its scheduled shipments, Sri Lanka’s central bank could only provide $125 million for fuel purchases.

Mr. Wijesekera added that seven suppliers were owed $800 million by the nation for purchases made earlier this year.

It happened after Sri Lanka imposed a weeklong ban on the sale of fuel for private vehicles.

According to experts, it is the first nation to take such a drastic measure as to stop selling gasoline to the general public since the 1970s oil crisis, when fuel was rationed in the US and Europe.

The 22 million-person island nation is experiencing its worst economic crisis since gaining independence from the UK in 1948 because it does not have enough foreign currency to pay for imports of necessities.

Acute shortages of food, medicine, and fuel have contributed to the country’s record-high cost of living because so many people depend on automobiles for their means of transportation.

A new round of negotiations over a $3 billion (£2.5 billion) bailout deal with Sri Lanka were completed last Thursday by a team from the International Monetary Fund.

Even though no decision has yet been made, the team claimed that it had made “significant progress on defining a macroeconomic and structural policy package” in a statement.

The statement continued by saying that it had “witnessed some of the hardships currently faced by the Sri Lankan people, especially the poor and vulnerable who are affected disproportionately by the crisis.”

In an effort to secure affordable oil supplies, the cash-strapped nation has also sent representatives to Russia and Qatar, two of the world’s top energy producers.