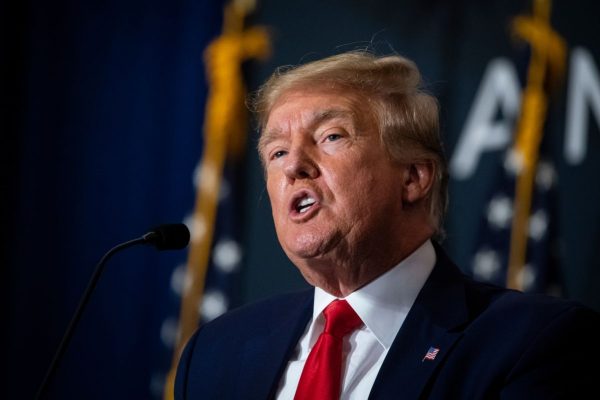 The US Department of Justice claims that disclosing information about the warrant used to search Donald Trump’s Florida residence last week might harm its investigation “irreparably.”

It seeks to conceal the affidavit, a court document that lists the proof needed to get the order.

It was the first time the house of an ex-president has been searched during an investigation.

The search warrant, which was made public on Friday, states that eleven sets of classified documents were discovered during the search of a Palm Beach residence one week ago.

Several media outlets have now requested that the affidavit be made public.

A move like that, however, would “cause considerable and irreversible damage to this current criminal investigation,” according to prosecutors who said this on Monday.

They stated in a court document that releasing the affidavit “would serve as a roadmap to the government’s current investigation, exposing detailed facts about its direction and anticipated trajectory, in a way that is very likely to undermine further investigative actions.”

The affidavit must remain confidential because the investigation concerns “highly classified materials,” they added.

Mr. Trump claimed on Monday that the FBI grabbed three of his passports during the search, a move that is typically only used if detectives believe a suspect poses a flight danger.

Later, a law enforcement source confirmed to CBS News, the BBC’s US partner, that investigators had confiscated Mr. Trump’s passports on August 8.

We have learnt that the filter agents took three passports belonging to President Trump, two of which were expired and one of which was his active diplomatic passport. They were made available for collection on Monday, an official from the justice department said in an email to Mr. Trump’s office.

According to US media sources, the passports have already been given back.

Trump supporters have reacted angrily to the FBI search, with many calling for the affidavit to be made public.

“The justice department should establish that this was not just a fishing expedition, that they had due cause to go in and to do this, and that they did exhaust all other options,” said Republican Senator Mike Rounds to NBC on Sunday.

Republican congressman from Ohio Jim Jordan said Fox News that 14 FBI agents had come forward to him to report alleged political interference at the justice department.

Once prosecutors have established they have probable cause to think a crime has been committed, a judge normally must approve search warrants.

In a highly uncommon action during a criminal investigation, the warrant used in the Trump raid was made public on Friday. Attorney General Merrick Garland said that this was due to “significant public interest.”

Prosecutors added threats against the FBI to their list of justifications for obscuring the affidavit in their court filing on Monday.

Given the high-profile nature of this case and the possibility that revealing the identity of the witnesses may affect their willingness to cooperate with the inquiry, the court filing stated that information about the witnesses was extremely sensitive.

In a document distributed to law enforcement agencies nationwide on Friday night, the FBI and Department of Homeland Security noted a “increase in violent threats posted on social media against federal personnel.”