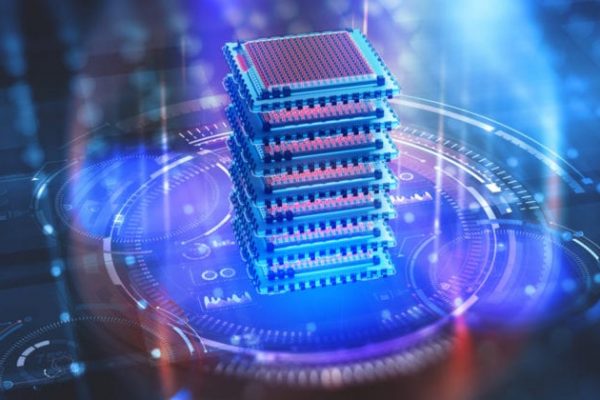 The term “Quantum Computing” refers to a system that computes outputs using quantum mechanics. The tiniest discrete unit of any physical attribute is known in physics as a quantum. The majority of the time, it alludes to the characteristics of atomic or subatomic particles like electrons, neutrinos, and photons. Quantum computing uses the peculiar properties of quantum physics, such as superposition, entanglement, and quantum interference. This adds fresh ideas to conventional programming techniques.


The field of computing known as Quantum Computing is devoted to creating computer technology that is based on the ideas of quantum theory (which explains the behavior of energy and material on the atomic and subatomic levels). Today’s computers can only encode data in bits that have a value of 1 or 0, which limits their capacity. On the other hand, quantum computing makes use of quantum bits or qubits. It takes advantage of subatomic particles’ special capacity to existing in several states (i.e., a 1 and a 0 at the same time).

These supercomputers are based on two aspects of quantum physics: superposition and entanglement. This enables quantum computers to do processes at rates that are exponentially faster than those of ordinary computers while consuming significantly less energy.

The 1980s saw the emergence of the Quantum Computing sector. Then it was found that some computer problems could be solved more effectively by quantum algorithms than by classical ones. The domains of finance, military affairs, intelligence, drug research, aircraft design, utilities (nuclear fusion), polymer design, machine learning, artificial intelligence (AI), big data search, and digital manufacturing might all benefit tremendously from quantum computing.

Quantum computing is preparing for its big moment thanks to the exponential increase in computer power. Complex issues are challenging for conventional computers to solve but simple for quantum computers, making them the perfect tool for this task. A universe of potential are opened up by this development in nearly every facet of contemporary life.


Artificial intelligence and machine learning are two of the most prominent topics right now, as developing technologies have infiltrated nearly every aspect of human life. Some of the most common applications we encounter on a daily basis include voice, picture, and handwriting recognition. However, as the number of applications rose, conventional computers found it difficult to match the precision and speed. And this is where quantum computing might help by solving complicated issues in a fraction of the time that regular computers would have taken thousands of years to solve.


According to IBM, one of the most potential Quantum Computing applications will be in computational chemistry. It is claimed that the number of quantum states, even in the smallest of molecules, is enormously large, making traditional computing memory impossible to process. The capacity of quantum computers to focus on the existence of both 1 and 0 at the same time might give the machine with enormous power to successfully map the molecules, thereby opening up options for pharmaceutical research. Some of the major challenges that quantum computing might tackle include: enhancing the nitrogen-fixation process for ammonia-based fertilizer; developing a room-temperature superconductor; eliminating carbon dioxide for a cleaner environment; and developing solid-state batteries.


The most difficult task in quantum computing is drug design and development. Typically, medications are produced by the trial and error technique, which is not only costly but also a hazardous and difficult work to perform. Researchers think quantum computing can be an effective means of studying medications and their effects on humans, saving drug firms a lot of money and time. These advances in computers might significantly improve efficiency by allowing corporations to conduct more drug discoveries in order to develop novel medical treatments for the pharmaceutical sector.


The internet security environment is now highly susceptible owing to the increasing amount of cyber-attacks occurring on a daily basis all around the world. Although businesses are putting in place the appropriate security frameworks, the procedure is difficult and unworkable for traditional digital systems. As a result, cybersecurity has remained a critical concern across the world. We are growing increasingly exposed to these risks as our reliance on technology grows. Quantum computing, in conjunction with machine learning, can aid in the development of various strategies to address these cybersecurity risks. Furthermore, quantum computing can aid in the development of encryption systems, commonly known as quantum cryptography.


Improved data analysis and comprehensive modelling will allow a variety of sectors to optimize their logistics and scheduling procedures related to supply-chain management. The operational models must constantly compute and recalculate best routes for traffic management, fleet operations, air traffic control, freight and distribution, which can have a significant influence on applications.

Typically, traditional computing is employed to do these jobs; however, some of them may become too complicated for an optimal computer solution, but a quantum technique may be able to accomplish so. Quantum annealing and universal quantum computers are two typical quantum techniques that can be utilized to tackle such challenges. Quantum annealing is a cutting-edge optimization technology that is set to outperform regular computers by comparison