Revolution Through AI to Save Wildlife Conservation 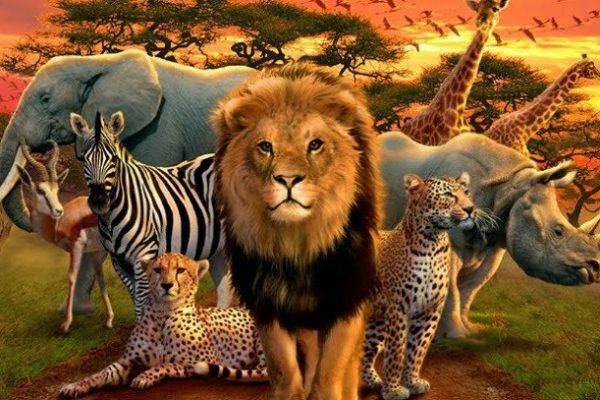 The conservation of animals has been significantly altered by the application of artificial intelligence (AI). AI helps researchers pinpoint an animal’s location, the time of observation, its migration patterns, and even its social group. Traditional and current methods for observing and monitoring wildlife are insufficient and ineffective. Physically, they are either impossible to climb or extremely taxing.

But now that several applications of artificial intelligence (AI) technology have emerged, conservation activities are much more thorough and effective. The development of more affordable, effective, and potent hardware has significantly increased efforts to apply AI technology to the most remote parts of the natural world.

An Algorithm Appropriate for the Wild

AI can assist us in comprehending how animals repeat activities like moulting cycles, feeding routes, and hunting routines. Animals all exhibit the same basic behaviours.

Millions of images, sounds, and routes must be used to train an algorithm that can be used to monitor animals. AI is incredibly flexible. It can be moulded into a number of algorithms and used for research, management of poaching, animal counting, security, and monitoring.

How Can AI Aid in the Preservation of Biodiversity?

The struggle to protect the planet’s biodiversity is increasingly being hampered by the conservation of animals. And AI can be extremely useful in finding, identifying, and tracking wild creatures that have strayed into their natural habitats or have been saved in wildlife sanctuaries.

Most importantly, AI can support the protection of species that are in danger of extinction. Furthermore, if forest rangers see or watch over such animals, they can safeguard them from illegal activities like poaching as well as natural disasters like floods and forest fires.

Specific conservation strategies are used to safeguard endangered species that are close to going extinct. Such species can be kept an eye on using AI-enabled equipment, such as Machine Learning in Robotics or Drone Image Dataset, helping animal conservation organisations keep track of their populations.

Elephants and whales, among other huge animals, are detectable by satellites. By using a collection of satellite photos, researchers can gather information and keep an eye on these critters. Animal detection and counting are essential for establishing if their population is rising or falling.

2. Detecting Poachers in Order to Save Animals

Intensive animal slaughter is another illegal practice that lowers the population of endangered species. Elephants and rhinos are killed for their highly sought-after tusks and horns, which are then sold at exorbitant rates in international markets by poachers.

The management of such illicit activities, however, may now be aided by artificial intelligence (AI) through a monitoring system that doesn’t require humans.

These poachers may be spotted on the ground by AI-enabled drones and night vision cameras, which can then notify forest rangers to intervene before any animals are killed. AI-enabled cameras with quick alert systems can quickly identify people brandishing weapons and doing other unusual behaviours.

Although people enjoy going to the beach, they leave trash there, increasing the risk to the various animals that live near the water or fully depend on it. However, thanks to artificial intelligence algorithms, models can now swiftly locate and remove plastics from natural habitats before they impact wildlife.

Drones are trained to find waste materials floating or drowning in the water and to alert the marine animal conservation organisation so that such waste materials may be collected and removed. Plastic products dominate marine litter, which has become a typical habit among visitors and people who enjoy spending their time close to the water.

Another challenging task is identifying wild creatures, particularly when they are in their natural habitat. However, thanks to AI, such organisms can now be easily counted without the need for human intervention, enabling the monitoring of their populations. All kinds of animals are accurately marked in this way for accurate detection.

The identification of different animal species is another challenging part of dealing with wild animals. The numerous species that exist on land or in water, however, can be easily recognised by AI. A crucial part of animal conservation, in addition to counting, is identifying the various kinds or species of animals.

If the wildlife conservation organisation uses AI-enabled security surveillance stationed at problematic sites, it will be able to save animals that are on the point of extinction. Yes, AI security cameras can detect poachers during the day or at night.

Another application for AI in conservation is sound monitoring. Acoustic monitoring technology can run AI algorithms both on the edge and on the collected data, just as computer vision applications. Many groups install recorders in the wild in order to listen for certain animals or species (birds, bats, etc.) as well as to hear the sounds of nature in general. These acoustic sensors can hear anything around them, including gunshots, chainsaws, and motor vehicles.

There has been an upsurge in the usage of GPS trackers to monitor animal migration patterns. In this scenario, AI systems can learn and foresee an animal’s migratory behaviour to determine how to best safeguard its habitats.

Conservationists can better manage the land and resources for these species if they are aware of the locations and patterns of these creatures’ migrations. Let’s develop technology to ensure the wildlife’s long-term protection.

If artificial intelligence is fully and effectively used for animal conservation, the world’s biodiversity may be preserved. And only the right machine learning datasets may be used to train the AI models.
AI is illuminating the path to safeguarding animal species by providing reliable data on what is taking place in nature. AI helps to design conservation policy by giving a comprehensive view of the world’s biodiversity.