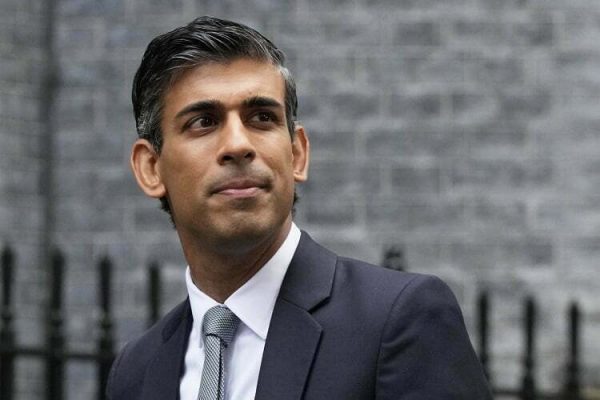 As of Monday, Prime Minister Rishi Sunak was under increasing amounts of pressure to de-escalate economic tensions with the European Union and open the door to a greater number of qualified people in order to solve the issues facing the British economy.

Tony Danker, director-general of the Confederation of British Industry (CBI), urged Mr. Rishi Sunak to settle a dispute with the EU over trade between Great Britain and Northern Ireland in order to unlock more opportunities for trade and to ease immigration restrictions, which are adding to the crisis in regards to the rising cost of living.

During an interview that Lizzy Burden conducted with Mr. Danker for Bloomberg Television, Mr. Danker said, “We’ve got an immigration system that’s much too hesitant about bringing in the capabilities we need.”

He said that the lack of available laborers is contributing to the “stagflation” pressures that are being felt in the British economy.

At the annual conference of the CBI, which will take place on Monday morning in Birmingham, Mr. Danker is scheduled to attend alongside Mr. Rishi Sunak.

The team working for the prime minister is making an effort to prevent a new disagreement over Britain’s strategy for trade with the EU.

A story that appeared in the Sunday Times claiming that the United Kingdom is contemplating pressing for a relationship with the EU similar to that of Switzerland, a notion that has outraged Brexit hardliners, was disputed by No. 10 Downing Street.

On Twitter, the former cabinet minister Simon Clarke expressed his optimism that the possibility wasn’t being considered, while the former leader of the UK Independence Party, Nigel Farage, said that “this degree of treason can never be forgiven.”

According to Mr. Danker, the government should steer clear of opening up the broader debate over Brexit and instead concentrate on the potential benefits that could come from the existing deal. These potential benefits include partnerships in the scientific community and the mutual recognition of professional qualifications. The disagreement about Northern Ireland is the source of the delay caused by these measures.

Mr. Danker said, “Forget about the arrangement with the Swiss.” “All that we want for is for the Brexit agreement that Boris Johnson negotiated to be put into effect, but because of the Northern Ireland Protocol, that isn’t happening right now.”

Switzerland is a participant in the European Single Market for the majority of products as a result of its membership in the European Free Trade Association (EFTA), which has around 120 bilateral trade agreements.

But in addition to that, it must accept the free movement of labor, the regulations of the EU market, and make annual payments to the bloc’s budget. All of these things are non-negotiable in the eyes of Brexit extremists on the right side of Rishi Sunak’s Conservative Party.