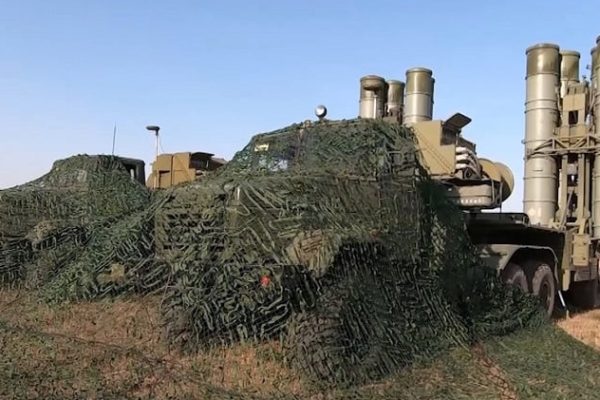 The Russian Ministry of Defense has said that mobile coastal defense missile systems have been deployed on a northern Kuril island. The Kurils are a strategically placed group of islands that run between Japan and the Kamchatka Peninsula in Russia.

A territorial dispute has existed between Japan and Russia since since the conclusion of World War Two, when Soviet soldiers took the southern Kuril islands from Japan and gave them to Russia. Japan refers to these islands, which are controlled by Russia, as the Northern Territories.

According to statements made by the Russian defense ministry on Monday, the Russian Bastion missile systems have been installed on the island of Paramushir in the northern region of the Kuril Islands. These systems are equipped with missiles that have a flying range of up to 500 kilometres.

According to what was written there, members of the Pacific Fleet’s Coastal Service would “maintain a round-the-clock watch” to manage the strait zones and the water areas near to them.

According to the ministry, a military camp has been established on Paramushir with circumstances that enable people to receive duty throughout the year, as well as shelter, leisure, and food.

According to a statement released by the Ministry of Defense, this deployment comes one year after Russia installed the Bastion systems on the island of Matua, which is located in the middle of the Kuril ridge.

The Centre for Strategic and International Studies, a research tank located in Washington, claimed in a study that Moscow’s militarization of the Kuril Islands “has gone largely under the radar” since it has been overshadowed by Russia’s invasion of Ukraine. The paper was published in September.

Japan has joined its Western allies in imposing economic sanctions on Russia in response to Russia’s deployment of tens of thousands of troops into Ukraine in what Russia refers to as a “special military operation.” Japan’s decision to join its Western allies in imposing these sanctions came after Russia deployed these troops. According to Ukraine and its supporters, Russia initiated the conflict without any provocation.

As a result of Japanese sanctions imposed in response to Russia’s invasion of Ukraine, Russia withdrew from negotiations with Japan for a peace treaty and stopped collaborative economic initiatives relating to the contested Kuril Islands.