Shinzo Abe, Ex Prime Minister, Died of His Injury after Being Shot 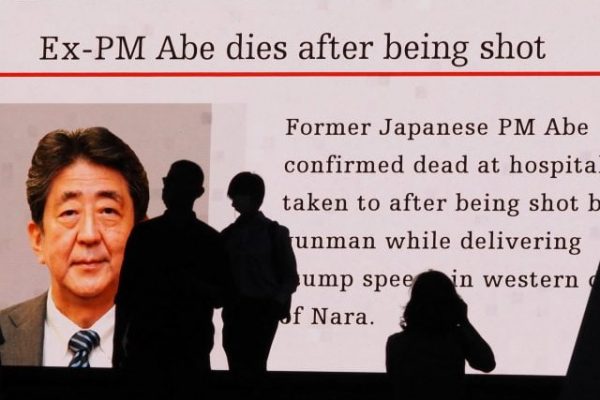 The former Japanese Prime Minister Shinzo Abe passed away on Friday after being shot while giving a speech.

The 67-year-old, who held the position of prime minister for the longest period of time in the nation, was shot while supporting the ruling Liberal Democratic Party during a campaign in Nara, a city close to Kyoto.

According to NBC, gunshots were heard at around 11.30 a.m. local time, and Abe was brought to the emergency department of Nara Medical University Hospital.

Dr. Hidetada Fukushima, who performed surgery on Abe, stated at a press conference that Abe was in a condition of cardiac arrest when he was taken to the hospital. They made attempts to revive him, but at 17:03 he was declared dead.

The doctor said, “He had two gunshot wounds and died of heart failure from severely weakened arteries.

According to NBC, which cited authorities, one suspect has been detained in connection with the incident.

According to a video that NBC authenticated, after the gunshot was heard, a guy was tackled by multiple bystanders as the weapon was lying on the sidewalk.

Ahead of Sunday’s elections for the nation’s upper chamber of parliament, Abe was backing the LDP rather than running for office himself. It’s unclear whether the elections will go according to schedule.

The incident was described as “a horrible and savage conduct that took place in the middle of an election, which is the cornerstone of democracy,” by the current prime minister Fumio Kishida. He added that an investigation was ongoing.

Japan, a nation where gun violence is very uncommon, has been rocked by the tragedy. The nation has highly severe gun laws; handguns are forbidden, and significant training and background checks are required for anybody who wants to acquire an air rifle or shotgun.

After two terms, Abe resigned as prime minister in August 2020 due to deteriorating health.

Through a variety of stimulus measures that came to be known as “Abenomics,” the former prime minister was renowned for his attempts to restart Japan’s economic development. Although experts claim it has had mixed outcomes for the third-largest economy in the world, the plan’s long-term goals were to increase productivity, change Japan’s business culture, and reduce the nation’s debt.