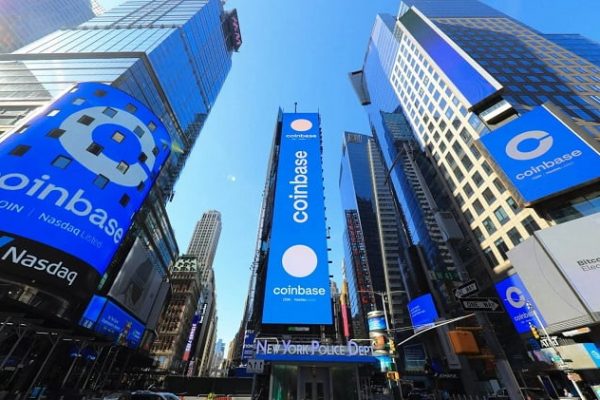 The New York Department of Financial Services (NYDFS) is conducting an inquiry, and Coinbase has said that they are helping with the probe.

Coinbase, a cryptocurrency exchange, has come to an agreement whereby it will pay a penalty of fifty million dollars to the Department of Financial Services of the state of New York in order to settle allegations that it allowed customers to open accounts without performing the necessary background checks.

According to the regulatory agency, Coinbase broke the New York Banking Law as well as the laws regarding virtual currencies, money transmitters, transaction monitoring, and cybersecurity that are administered by the New York State Department of Financial Services (DFS).

The cryptocurrency exchange is also compelled, as part of the settlement, to spend fifty million dollars into its compliance program over the course of the next two years.

Adrienne A. Harris, the Superintendent of Financial Services, said in a statement that the compliance failures left the platform vulnerable to serious criminal conduct. Among other things, she cited the possibility of fraud, possible money laundering, suspected child sexual abuse material-related activity, and potential narcotics trafficking as examples of the types of criminal activity that could have occurred as a result.

“Coinbase was unable to construct and keep operational a compliance program that was capable of keeping up with the company’s rapid expansion.” Because of this mistake, the Coinbase platform was left open to the possibility of being used in illegal activities, and the Department was required to take urgent action, which included the installation of an Independent Monitor.

Since 2017, the platform, which is situated in San Francisco, has been authorized to carry out transactions involving virtual currencies and to engage in the business of money transmission in the state of New York. However, when the New York Department of Financial Services carried out an assessment and enforcement inquiry at the beginning of 2022, the company’s compliance program was unable to keep up with the rate at which its business was expanding.

It was determined that Coinbase’s Know Your Customer/Customer Due Diligence program, Transaction Monitoring System, and suspicious activity reports were not sufficient to meet the requirements of the Bank Secrecy Act and the Anti-Money Laundering program. Additionally, the New York regulator said that the cryptocurrency exchange’s sanctions compliance mechanisms were not sufficient for a financial services provider of the “size and complexity” of the cryptocurrency exchange.

When compared with the previous year, Coinbase’s trading income dropped by half, making 2018 a difficult year for the company. Despite the fact that it has gained double digits since the settlement, the stock’s year-to-date loss was over 84%, and it is presently trading at $38.

The collapse of Sam Bankman-cryptocurrency Fried’s empire in the previous year further pulled down the business and weakened the reputation of the area, resulting in concerns being raised on the surviving centralized cryptocurrency exchanges.

The chief legal officer of Coinbase, Paul Grewal, said that the company is aware that the sector is now at a “inflection moment,” in which any action taken by a big player is subjected to a great deal of scrutiny. According to the reports, the business is helping the New York Department of Financial Services with their examination of their prior compliance program.

Grewal said that despite Coinbase’s shortcomings, the business “welcomes chances to enhance its programs,” and he did so while recognizing those shortcomings.