Strikes and Economic Setbacks Are Making Things Worse in the UK 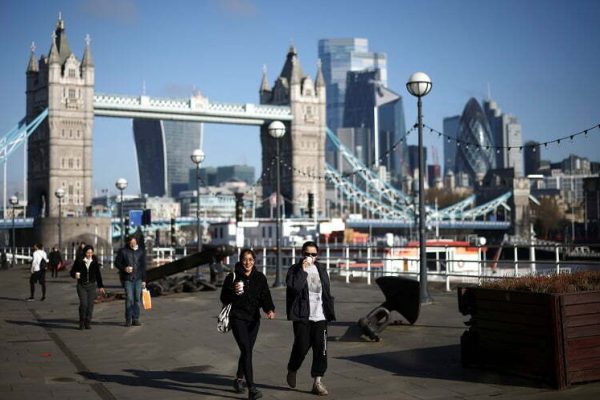 A crucial industrial indicator pointed to an accelerated slump on Tuesday, and economists warned that the United Kingdom is facing the harshest recession among advanced countries. Additionally, railway employees went on strike on Tuesday.

The five-day rail strike rendered all modes of transportation throughout the nation inoperable and acted as a dress rehearsal for the impending strikes by nurses and ambulance drivers.

Strikes add further strain to an economy that is already struggling to recover from a lack of available workers and rising prices. According to the results of a survey conducted by the Financial Times among economic specialists, the United Kingdom is on pace to endure the longest and most severe growth slowdown among the leading industrialized nations in 2023. According to the projections that were made by Consensus Economics, the gross domestic product (GDP) of the United Kingdom is expected to decrease by 1% in the year 2023. This contrasts with the reduction of 0.1% expected for the Eurozone and the increase of 0.25% expected in the United States.

In the second half of 2022, economic performance in the UK was similarly below average.

Also on Tuesday, statistics presented by S&P Global showed that the level of industrial activity in the United Kingdom reached a low point not seen in 31 months in December. According to the findings of the poll, “The United Kingdom’s Manufacturing Sector Ended 2022 on a Weak Footing,” with Output, New Orders, and Employment All Falling at Faster Rates.

As a result of the Bank of England maintaining high interest rates in an effort to combat inflation, many economic analysts anticipate that the current economic doldrums will continue. After a decrease of 0.7% this year, AXA Investment Managers forecasts that growth will increase to 0.8% in 2024.

Along with a historic loss in living standards, the government’s own forecasting agency anticipates a 1.4% fall in GDP this year.

Consumers are less optimistic than they were in 2008, which contributes to the growing feeling that the economy is in a state of crisis.

Because there is not enough space for gas storage in the UK, customers have had to deal with increasing power costs. This is a direct outcome of the country’s reliance on natural gas.
The fiscal austerity that has been implemented by the Conservative administration led by Prime Minister Rishi Sunak is a response to the fast economic deterioration.

He delivered a gloomy New Year’s greeting to the nation in which he said, “I’m not going to pretend that all of our issues will go away in the new year.”

In October, Sunak succeeded Liz Truss as Prime Minister. Truss’s tenure as leader of the country was brief, lasting just fifty days. Before Truss changed the course of action, her emphasis on lowering taxes was responsible for a momentary jump in bond rates in the United Kingdom and an unusual complaint from the International Monetary Fund.