Suu Kyi is Found Guilty a Second Time, and an Australian Economist is Sentenced to Three Years 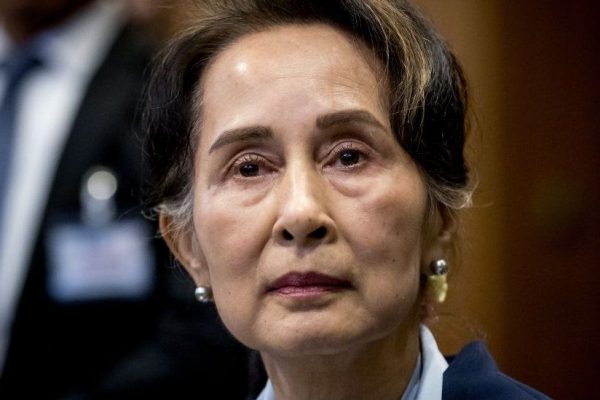 The official, who spoke on the condition of anonymity because he is not allowed to provide details about the case, claimed that Suu Kyi was given a three-year term after being convicted alongside Turnell under the secrets legislation.

In addition to her, three members of her cabinet were convicted guilty and given three-year terms.

Associate Professor of Economics at Sydney’s Macquarie University, Turnell, 58, advised Suu Kyi before she was arrested in the capital city of Naypyitaw on February 1, 2021, after the military’s overthrow of the democratically elected government.

Nearly twenty months have passed since he was first placed under arrest. It was unclear whether or not it would count toward his sentence.

His loved ones are keeping their fingers crossed that he will be released and sent home soon, like so many other foreigners who have been convicted of political charges in Myanmar.

For me, our daughter, Sean’s 85-year-old father, and the rest of our family, hearing that my husband, Professor Sean Turnell, was convicted and sentenced to 3 years in jail is sad,” Ha Vu, who is also an economist, said on her Facebook page. For almost two decades, Sean has been a staunch advocate for Myanmar and a dedicated worker to improve the country’s economy.

My spouse has been serving almost two-thirds of his term in a Myanmar jail. Please take into account his valuable services to Myanmar, and deport him immediately!

In response to the court’s decision, the office of Australian Foreign Minister Penny Wong demanded Turnell’s immediate release. Her office condemned his “unjust detention” and stated Australian ambassadors were barred from attending the judgement hearing.

It issued a statement reading, “We will continue to use every opportunity to speak firmly for Professor Turnell until he has returned to his family in Australia.” As a result of his efforts to aid the people of Myanmar in their pursuit of economic growth, Professor Turnell has earned widespread acclaim.

He’s a brilliant economist, all-around kind guy, and an exceptional human being. Turnell’s longtime friend and colleague at the University of Technology in Sydney, Tim Harcourt, stated, “His major cause in life is to decrease poverty across the globe, and he’d established special expertise in Myanmar.” With any luck, justice and reason will win out, and Sean will be able to go home to his wife and kids in Australia shortly.

Five days after the military coup, security officers in Yangon, the country’s largest city, detained Turnell at a hotel. Less than a month before, he had returned to Myanmar from Australia to begin his new role as a special consultant to Suu Kyi. For his job as director of the Myanmar Development Institute, he had been based in Naypyitaw for some time.

On the day after the military coup, he tweeted, “Safe for now but devastated for what all this implies for the people of Myanmar. People who are the most courageous and generous that I know. They should be treated better than that.

Evidence obtained during a search of Turnell’s home led to charges being filed against him and four others. Although state media said last year that Turnell had access to “secret state financial information” and had attempted to depart the nation, the specifics of their crime remain undisclosed.

In their defense testimony during their August trial, both Turnell and Suu Kyi disputed the claims against them.

Turnell was also accused of breaking immigration laws; however, the specific term he got for that crime is now unknown.

The colonial-era Official Secrets Act of Myanmar makes it illegal to have, acquire, record, publish, or share any information about the state that might be “directly or indirectly advantageous to an adversary.” Maximum incarceration for this offence is 14 years.

The trial, like the others involving Suu Kyi, took place behind closed doors in a prison courtroom. A gag order prevented the defense attorneys from discussing the case.

The various criminal proceedings filed against Suu Kyi, now 77 years old, are largely considered as an attempt to discredit her and block her return to politics.

She was already 20 years into a sentence for breaching coronavirus limitations, importing and having walkie-talkies illegally, sedition, election fraud, and five counts of corruption.

Each of the seven charges against Suu Kyi carries a maximum penalty of 15 years in jail and a fine under the country’s anti-corruption statute.

The legal authority added that in the next days, appeals will be filed in the secrets case on behalf of Turnell, Suu Kyi, and three former ministers: Soe Win, Kyaw Win, and Set Aung, all of whom served as ministries of planning and finance.

Despite Australia’s repeated requests, Turnell has not been released. Due to the military coup and Turnell’s continued arrest, it cut off defense cooperation with Myanmar last year and started rerouting humanitarian supplies.

When Cambodian Prime Minister Hun Sen traveled to Myanmar in January, he met with the head of the governing military council and requested Turnell’s release. Gen. Min Aung Hlaing, a senior military official, said he “would evaluate it favorably” in response.

While meeting with Min Aung Hlaing in August, U.N. Special Envoy on Myanmar Noeleen Heyzer reportedly expressed a plea from Australia for Turnell’s release. The general allegedly said, “we will not need to take severe consequences,” according to the Myanmar government.

Since the army takeover in Myanmar, 15,683 individuals have been arrested on political accusations, and according to a rights monitoring group called the Assistance Association for Political Prisoners, 12,540 of those persons are still in custody. The organisation estimates that at least 2,324 people have been murdered by security personnel over this time period.

Since the takeover, the country of Myanmar has been in disarray as a result of widespread demonstrations that were violently suppressed by the military administration, leading to armed resistance that some United Nations experts have classified as a civil war.