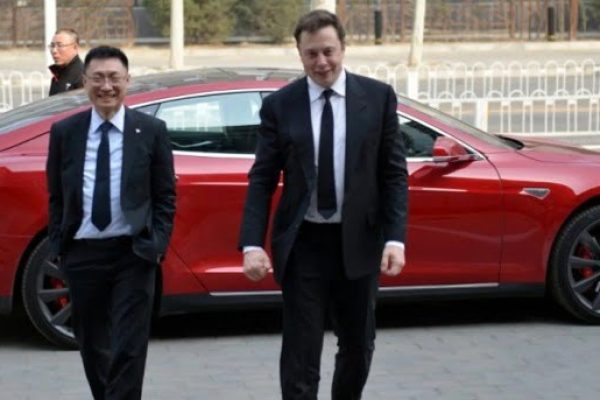 Tom Zhu used to be in charge of Tesla’s operations in China. Now, he is directly in charge of the company’s assembly factories in the United States and its sales efforts in North America and Europe.

Zhu’s duties as Tesla’s most senior executive for sales in the rest of Asia were still under his purview as of Tuesday, according to the posting that Tesla made public, which revealed that Zhu’s position of vice president for Greater China had not been altered in any way.

As a result of this change, Zhu will now have direct control over deliveries in all of Tesla’s major markets as well as operations at key manufacturing hubs. This makes him the second most important person at Tesla after CEO Elon Musk.

The reporting lines for Zhu would keep Tesla’s car design and development distinct, both of which are areas in which Musk has been deeply engaged, while at the same time providing an apparent deputy to Musk on the more near-term issues of managing worldwide sales and production.

organizational chart that was uploaded to Tesla’s internal website, and confirmed the change with two other people who had seen it.They asked that their names not be made public because they were not allowed to talk about the subject in public.

Tesla hired Zhu and a team of his reports at the end of the previous year to address production issues in the United States.His coworkers thought at the time that he was being trained for a bigger job in the company.

Since Zhu took over as plant manager, Tesla’s Shanghai facility has made a significant recovery from COVID lockdowns in China.

According to statistics published by Refinitiv, Tesla said on Monday that it had delivered 405,278 cars during the fourth quarter. This number is lower than the forecasts provided by Wall Street.

During the same time period a year before, the business had shipped 308,600 automobiles.
According to the notice published by Tesla, the Tesla managers who will be reporting to Zhu include Jason Shawhan, who is in charge of manufacturing at the Gigafactory in Texas; Hrushikesh Sagar, who is senior director of manufacturing at Tesla’s Fremont factory; Joe Ward, who is in charge of Europe, the Middle East, and Africa; and Troy Jones, who is vice president of sales and service in North America.

The notice said that Zhu was still in charge of getting reports from Tesla’s country managers in China, Japan, Australia, and New Zealand.

Zhu does not have a direct report at Tesla’s Berlin facility, which is in the process of scaling up production. However, a source familiar with the situation said that responsibility for that operation will come with the reporting line for Ward, which is headquartered in Amsterdam. Ward’s response could not be obtained right away.

Zhu, who was born in China but now possesses a passport from New Zealand, began working at Tesla in 2014. Prior to that, he worked as a project manager for a firm that was founded by his fellow MBA students at Duke University. This company helped Chinese contractors building infrastructure in Africa.

People who work with Zhu have reported that he was among the first group of workers to sleep in the workplace during the two-month COVID lockdown that Shanghai experienced. This was done in an effort to keep the business operational.

He takes over leadership of Tesla’s main production centers at a time when the firm is getting set to release its Cybertruck and an updated version of its Model 3 sedan. Tesla has said that it is working on a less expensive electric car, but the company has not revealed any specifics about this concept.

Zhu was among the hundreds of workers who were smiling on the factory floor when Tesla posted a picture on Twitter to celebrate its Austin, Texas, plant hitting a production milestone for its Model Y last month. The image was posted to commemorate the fact that the plant had produced a certain number of Model Ys.

During the month of August, the firm made a shift that resulted in Allan Wang being identified as the legal agent for the operation in registration documents that were submitted with Chinese authorities. In July, Allan Wang was given the position of vice president in charge of sales in China.
James Murdoch, a member of Tesla’s board of directors, said in November that the business had just discovered a prospective successor to Musk, although he did not name the individual. A request for comment was sent to Murdoch, but he did not provide a response.

Elecktrek has announced in the past that Zhu would be taking responsibility for sales, shipping, and servicing in the United States.