Tesla Reports an Unusual Sales Decline in the Second Quarter 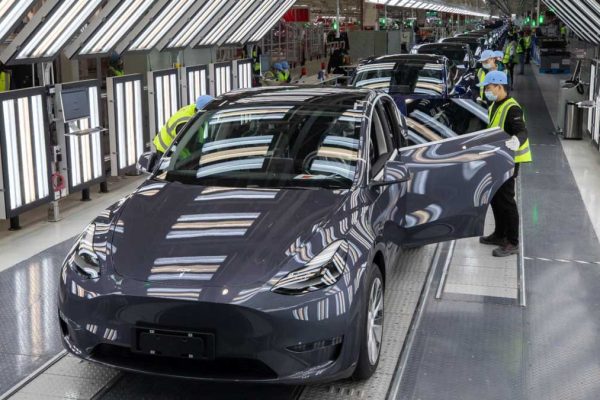 Covid lockdowns in China caused a rare decline in Tesla [NASDAQ: TSLA] production and sales in the second quarter.

The electric manufacturer announced that completed sales fell about 18 percent in the second quarter, to over 255,000 units, compared to the first three months of the year. Production declined 15% to 259,000 units.

The company’s production in Shanghai was closed for several weeks in April owing to local lockdown measures enacted to address an increase in Covid cases. Even when the facility reopened, Tesla’s production was hampered by difficulties obtaining components from Tesla vendors. According to Dan Ives, a tech analyst at Wedbush Securities, the lockdowns cost Tesla around 70,000 cars in the quarter.

According to the company’s statement, the challenges Tesla had in the first few months of the quarter are now substantially resolved.

“Despite persistent supply chain problems and facility shutdowns beyond our control,” it claimed, “June 2022 was Tesla’s largest car production month in history.”

In its monthly sales and production report, Tesla does not include a regional breakdown of sales. According to business documents, just 45 percent of its income last year came from US sales. Due to the lockdowns, industrywide automobile sales in most of China came to a standstill for much of the quarter. The majority of Tesla’s non-US sales come from cars manufactured in Shanghai.

Nonetheless, it was the first time since early 2020 that the firm had a decrease in either revenue or output compared to the preceding quarter. This drop in sales was partly caused by the lockdowns connected with the early worldwide epidemic of Covid.

Such decreases have been uncommon for the rapidly expanding corporation. Despite a drop in output and sales compared to the first quarter of 2022, both indicators were up from the previous year, with the corporation reporting a 25% rise in production and a 27% increase in delivery.

Analysts polled by Refinitiv expected the business to report a 46 percent gain in sales and a 51 percent increase in adjusted profits in the fourth quarter compared to the previous year. The relatively moderate gain in year-over-year sales may dampen such expectations, putting more pressure on the company’s share price. Tesla’s stock has dropped 35% so far this year.

In the third quarter, the corporation established two new factories, one in Germany and one in Texas. However, because to issues with scaling up production at those facilities, output at those plants was “puny” in the first two months of the quarter, according to Tesla CEO Elon Musk in a recent interview.