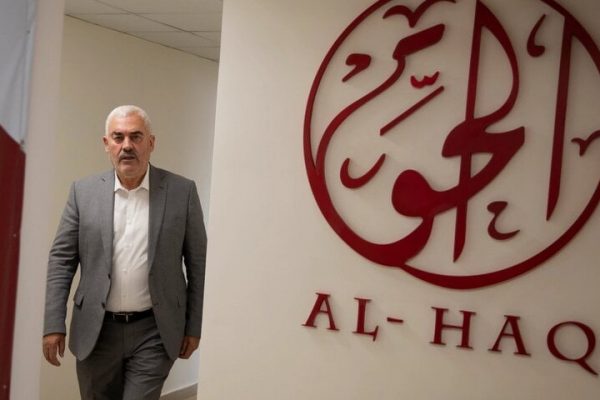 Both Al-Haq and the Palestinian Centre for Human Rights received money from the European Union again as of late June this year. Israeli authorities provided the European Commission with a dossier in May 2021, alleging that six Palestinian NGOs, including Al-Haq, were using EU funds to support the Popular Front for the Liberation of Palestine, which Israel labels a “terrorist organisation.” The European Commission subsequently suspended funding.

The Israeli defence ministry labelled these NGOs as “terrorist” a few months later. There are “no allegations of anomalies and/or fraud,” according to EU investigators. Even Nevertheless, on August 18, Israeli soldiers invaded the occupied West Bank and searched the headquarters of seven Palestinian charities.

The European Union has done nothing to hold Israel responsible for its actions towards Gaza, beyond making ceremonial but futile professions of concern in reaction to the raids and the all-too-frequent military onslaughts. Indeed, only recently, the EU reaffirmed its commitment to fostering tighter diplomatic relations and decided to revive sessions of the EU-Israel Association Council.

This is not an accidental diplomatic gaffe. It’s crucial to realise that EU-Israeli connections maintain Israel’s impunity, with political and economic ties unrelated to Israel’s behaviour towards the Palestinian people. Therefore, Israel may blatantly disregard Palestinian rights and not face severe consequences from the EU, its primary trading partner.

Despite decades of evidence of Israeli breaches of Palestinian rights, the EU-Israel Association Agreement (pdf) was adopted by the parliaments of EU member states, the European Parliament, and the Knesset and went into effect in 2000. A commitment to “human rights and democracy” is stated as the foundation of the agreement between the two parties. Convergence of perspectives on international problems and mutual understanding are the goals of political engagement between Israel and the EU.

And yet, the Palestinian fight for freedom from Israel is not even acknowledged. When the larger politics of Israeli settler colonial authority over Palestinian territories is not stated, vague appeals to peace, democracy, and human rights are ineffective.

The European Union and Israel signed the 2005 Action Plan (pdf) under the European Neighbourhood Policy, which specifically addresses “the Israeli/Palestinian conflict” and the commitment of the EU, as a member of the Quartet — a group also including the United States, the United Nations, and Russia — to the two-state solution. However, it does not seem that Israel is the party responsible for advancing “peace and stability in the Middle East.”

Israel’s obligations to respect international law, limit collateral damage from its “security and counterterrorism measures,” allow free passage for “civilians and products,” and protect “property, institutions, and infrastructure” are all included in the Action Plan. The phrase “improve economic and social circumstances” is used in a broad sense to refer to the betterment of all people. But the larger goal is not to secure Palestinian independence or ensure their right to self-determination.