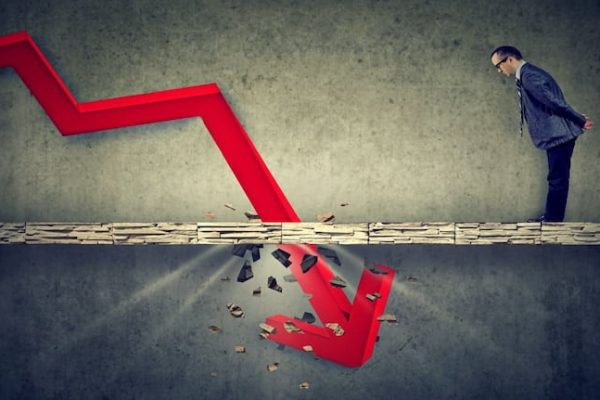 On Tuesday, the International Monetary Fund (IMF) warned of a painful global recession if policymakers mismanaged the battle against inflation, and it lowered its global growth predictions for next year.

The Global Economic Outlook report, which details the fund’s bleak forecast, was released just before the top economic leaders from across the world gathered in Washington for the annual meetings of the World Bank and the IMF.

The meeting comes at a tense moment, as rising oil and food prices caused by supply chain disruptions and Russia’s conflict in Ukraine have prompted central bankers to drastically boost interest rates in an effort to calm their economies.

Although an increase in interest rates is likely to reduce inflation by dampening corporate investment and consumer spending, it may also cause a new set of difficulties, such as a domino effect of economic downturns in wealthy countries and debt crises in developing ones.

Policymakers are increasingly concerned that the global economy may not be able to achieve a “soft landing.”

The IMF research warned that “the worst is yet to come,” adding that “2023 will feel like a recession” for many.

The International Monetary Fund (IMF) has not changed its most recent projection that the global economy would expand by 3.2% in 2019, but it has lowered its projection for 2023 to 2.7%.

Both of these numbers are significant decreases from the beginning of the year, when the IMF predicted global growth of 4.4% in 2022 and 3.8% in 2023, illustrating how the picture has darkened in recent months.

Forecasts indicate that inflation will reach its highest point by the end of the year, falling to 8.8 percent in 2022 and 6.5 percent in 2023.

IMF head economist Pierre-Olivier Gourinchas warned in an interview that the global economy is faltering and that “the dangers are piling.”

It is estimated that one-third of the world economy will be technically in recession.

The International Monetary Fund considers a two-quarter economic contraction to be a “technical recession.”

There is already preparation for a downturn in the business and financial sectors of the United States.
JPMorgan Chase CEO Jamie Dimon predicted on Monday that the United States will be “in some form of recession six to nine months from now,” according to CNBC.

Some commercial forecasters are even more pessimistic than the IMF, despite the IMF’s already grave predictions. A Bloomberg poll found that the median analyst anticipates global growth of 2.9% in 2019 and 2.5% in 2020, with the euro area growing by 0.2% in 2023 and Eastern Europe seeing a decline in production.

The IMF study explained how the worldwide economy has been affected by the slowdowns in the United States, China, and the 19 countries that use the euro.

Mortgage rates are on the increase, which is having a chilling effect on the housing market, and increasing prices for goods and services are cutting into Americans’ disposable income.

Gas prices fell for three months, providing some reprieve from inflation, but they have just begun to increase again. After the oil output decrease announced last week by the multinational cartel known as OPEC+, there are worries that this trend might continue.

China’s economic growth is expected to slow to 3.2% this year from an already modest 8.1% in 2021 due to the country’s continued vigilance in preventing the spread of the Covid-19 virus.

In addition to the limits imposed by the epidemic, China’s real estate market is in turmoil as homeowners with limited financial resources refuse to repay loans on incomplete projects. The International Monetary Fund expressed concern that China’s domestic banking industry will be negatively impacted by the country’s housing crisis.

As the weather gets colder and further sanctions are implemented later this year, Europe, which has relied largely on Russia for energy, will see steep hikes in the price of oil and gas.

While tourism has bolstered several European economies in 2022, industry has stagnated due to concerns about rising energy costs.

Attempts to curb inflation have spawned policy suggestions that have stirred the pot.

Investors’ rejection of Prime Minister Liz Truss and her government’s tax and spending proposals has caused upheaval in Britain’s financial markets. The Bank of England warned of a “substantial danger” to the nation’s financial stability on Tuesday, prompting the central bank to increase its involvement in the bond market for a second day.

Russia is at blame for most of the increase in food and energy costs, but despite severe international sanctions, the country’s economy is holding up better than expected. A significantly smaller decline of 3.4% is predicted for the

Russian economy this year, with a further decline of 2.3% predicted for 2023.
The IMF attributes this to Russia’s ability to boost its economy and prop up its labor market thanks to its oil exports. Even still, Russia is in the midst of a severe economic downturn, and its GDP is far smaller than it was before the conflict.

Emerging economies are vulnerable since the US currency is now appreciating at its fastest rate since the early 2000s.

The IMF advised the governments of such nations to “batten down the hatches” and keep their foreign currency reserves low in case the financial crisis spread.