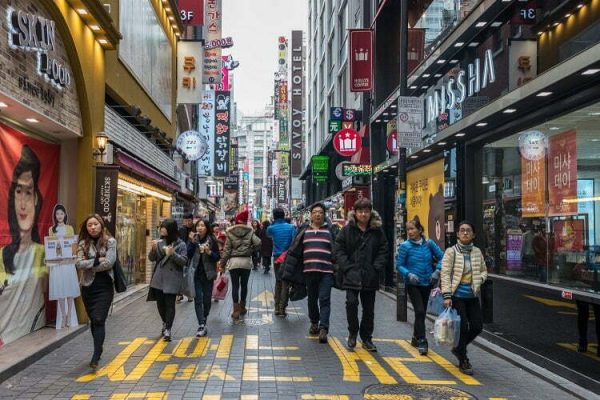 With the local won weakening against the US dollar to settle at 1,390.9 won on the onshore market, a loss of 17.3 won from the previous session and its worst level since 1,391.5 won in March 2009, South Korea is inching closer to a rerun of the 2008-2009 global financial crisis. Surging wagers on US tightening in response to recent dismal inflation data likely contributed to the fall.

Due to selling by overseas and institutional investors, the benchmark Kospi index dropped 38.12 points, or 1.56%, to 2,411.42 on Wednesday. Naver and Kakao, both internet companies, had declines of about 3 and 2 percent, respectively. Both Samsung Electronics and its crosstown competitor SK hynix fell by more than 2 percent. Samsung is the biggest memory chipmaker in the world.

Inflation in the United States, which had risen to 9.1 percent in June, climbed to 0.1 percent in August from July, a figure that caught most analysts by surprise. Since prices didn’t move from June to July, they lost their bet on a decrease. At the next meeting on September 20-21, investors expect the US Federal Reserve to approve a third massive rise of 75 basis points.

Higher borrowing rates are being felt all around the globe, and Korea is one of the countries feeling the effects of this as its currency has fallen in value against the strengthening US dollar. Korean markets were nonetheless concerned by the quick fall of the won despite many warnings from local officials. When the value of the won drops below 1,300 per dollar, it sends a warning signal to investors.

During a meeting on Wednesday morning, First Vice Finance Minister Bang Ki-sun remarked, “The government is on high alert, monitoring financial and currency markets.” This meeting was called by Bang to examine the most recent US inflation numbers.

The issues confronting Asia’s fourth-largest economy are encapsulated in Bang’s statements, which echo many others made public by the nation’s economic authorities. Even when compared to other Asian currencies like the Japanese yen, the won has been one of the poorest performers this year. The economy as a whole has also been slow.

GDP showed just a tiny increase in the second quarter, according to the most recent statistics from the Bank of Korea, and the economy lagged behind that of other OECD nations. Concerns among officials seeking to manufacture growth amid global challenges include the potential that private spending, which has buoyed the economy during the first half of the year, would not have the same impact in the coming months.

The central bank has lately cut its growth forecasts for the year to 2.6% and for 2023 to 2.1%. Since April, the trade deficit has been on the decline for the economy as a whole, and this trend seems to continue for the time being. But the bank argues that talking about a period of poor growth and high prices, known as stagflation, is not something Korea has to do at this time.