The New Israeli Crackdown Has Caused Significant Anger in Jerusalem 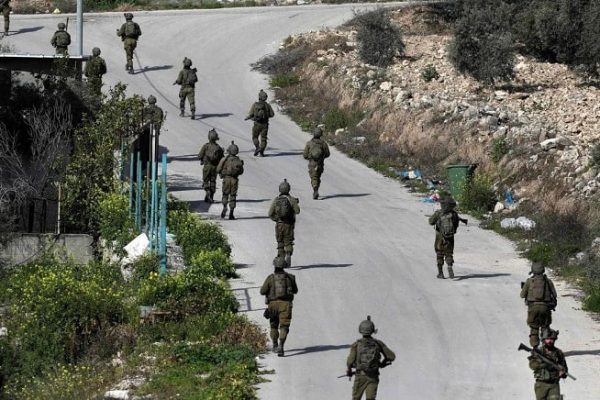 In the course of extensive street clashes in Jerusalem, Israeli police used live bullets, tear gas, and stun grenades to disperse Palestinians who hurled stones, firecrackers, and firebombs at them. The conflict in the besieged city has reached its highest level of intensity in recent weeks.

Since an alleged Palestinian attacker shot and killed an Israeli soldier at a checkpoint at the entrance to the Shuafat refugee camp earlier this week, tensions have been rising to dangerous levels in the area of east Jerusalem that has been seized by Israel. As the military searches for the person responsible for the shooting, movement into and out of the neglected Jerusalem slum of Shuafat has been limited.

As tens of thousands of Jews flocked to Jerusalem to celebrate the week-long Sukkot holiday, the nightly street violence looked to have eased by Thursday morning. These Jews were flooding into east Jerusalem’s Old City, which is often a focal point for tensions.

More than a dozen neighborhoods in east Jerusalem and regions around it were affected by the clashes between Israeli forces and Palestinians that broke out throughout the city.

During the incidents that occurred on Wednesday, the police said that they detained 23 Palestinians, with half of them being kids. The police said that individuals wearing masks attacked them with firebombs, stones, and pyrotechnics. The roadway that had been filled with smoldering garbage and trash cans that had been set ablaze was seen in video footage that was provided by the Israeli police.

The police have said that officers used live fire against the demonstrators in several instances. There was no immediate news of anybody being hurt in the incident.

Residents of Shuafat, a neighborhood that has been neglected for a significant amount of time by Israeli authorities, have had their lives further disturbed as a result of the police manhunt. The entrance and exit ports to Shuafat were first blocked by the police. However, they have since reopened. Now, however, cops are halting every vehicle that is traveling in or out of the city, which is causing massive traffic jams and upsetting the routines of the locals.

In retaliation, stores, companies, and schools throughout the whole of east Jerusalem shut their doors on Wednesday in protest of the measures used by the police and in support of Shuafat.

Since the beginning of spring, the Israeli military has been conducting nightly raids in the West Bank in what it claims is an effort to dismantle militant networks and prevent future attacks. This rise in violence in the flashpoint city comes at the same time that tensions are rising in the West Bank. This year has been the worst for Palestinians since 2015, with well over a hundred of them losing their lives. Although Israel claims that the majority of those killed were members of militant groups, local youth protesting the incursions, as well as other civilians, have also been killed.

During the Middle East war of 1967, Israel took control of east Jerusalem, along with the West Bank and the Gaza Strip. Subsequently, Israel annexed this portion of the city. The whole of the city is seen by them as their everlasting and undivided capital. The Palestinians want to establish their long-sought-after independent state on those lands, with the eastern part of Jerusalem serving as the capital.