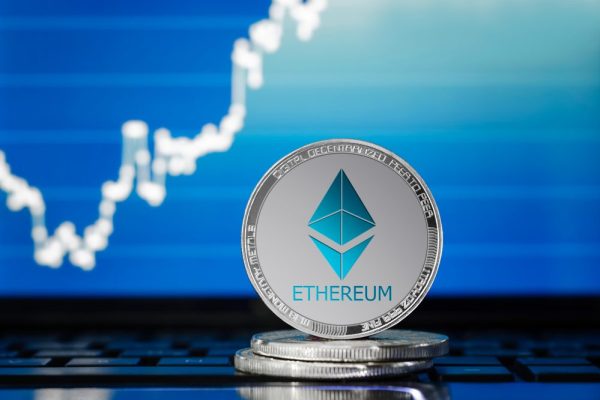 Investors have high expectations for the impending Merge event, as seen by the double-digit morning gains in “Ethereum” the second-largest cryptocurrency.

The successful testing of one of the last tests before the Merge by Ethereum core developers yesterday is most likely what caused Ethereum’s strong price increase. The actual event is anticipated to take place in September.

The much awaited update will convert Ethereum’s blockchain network from a proof-of-work (PoW) network to a proof-of-stake (PoS) network. The improvement is anticipated to lessen the network’s carbon impact and increase scalability.

Along with the newest test fork’s successful launch, use of different Ethereum-based applications is increasing.

Data from DeFi Llama shows that the total value locked (TVL) across all DeFi applications increased by 3.44 percent to reach $76.74 billion.

MakerDAO, Aave, Curve, and the Ethereum staking platform Lido are some of the top applications.

According to statistics from CoinMarketCap, Bitcoin, the most valuable cryptocurrency with a market valuation of $397.6 billion, is still down 69 percent from its all-time high of $68,789, achieved in November 2021.

The rise of non-zero balance Bitcoin addresses for Bitcoin is a sign of more on-chain user activity. The number of addresses with Bitcoin balances greater than zero has reached an all-time high of 42.5 million.

The value of the whole cryptocurrency market has increased by 6.49 percent since yesterday.

Despite the recent improvements, according to statistics from CoinMarketCap, the entire market worth is down 68% from its all-time highs of $2.9 trillion set in November 2021.