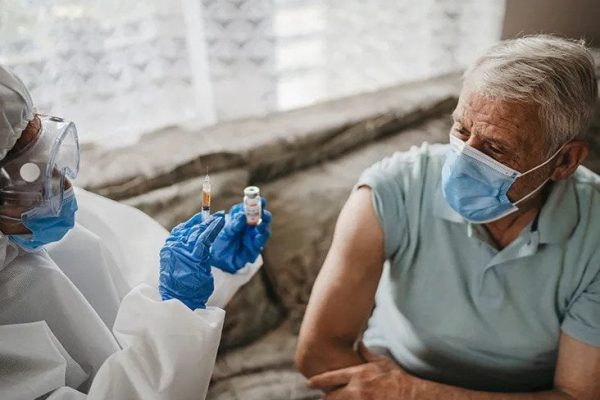 Officials in charge of public health in the United States aim to make the COVID-19 injections more comparable to the yearly flu shot.

On Monday, the Food and Drug Administration (FDA) recommended a streamlined method for future immunization attempts. Under this plan, most people and children would be able to get a vaccine against the evolving virus once per year rather than twice annually.

This eliminates the need for individuals in the United States to maintain a record of the number of vaccinations they have had or the amount of time that has passed since their most recent booster dose.

The proposition is made at a time when boosters are becoming more difficult to market. Despite the fact that more than 80% of the population in the United States has gotten at least one dose of a vaccine, just 16% of individuals who are eligible have received the most recent boosters that were permitted in August.

During a meeting on Thursday, the FDA is going to solicit the opinions of its panel of independent vaccine experts. It is anticipated that the FDA will take their suggestions into account when determining the restrictions that will be placed on makers of future vaccines.

In papers that have been made available online, experts from the FDA state that a significant number of American citizens now have “sufficient preexisting immunity” against the coronavirus as a result of vaccination, infection, or some combination of the two. According to the organization, this level of baseline protection should be sufficient to proceed to an annual booster against the most recent strains that are circulating and to make COVID-19 immunizations more comparable to the annual flu shot.

For the protection of extremely young infants and individuals with compromised immune systems, a combination of two doses of the medication may be required. In order to determine who should be given a single injection as opposed to a two-dose series, experts working with the FDA and vaccine manufacturers would research immunization rates, infection rates, and other data.

Additionally, the FDA will put the question to its advisory group as to whether or not all vaccinations should target the same strains. This step is necessary in order to make the injections interchangeable, which would allow for the elimination of the complex system that now exists with main vaccines and boosters.

Pfizer and Moderna’s first round of defenses, collectively referred to as the main series, are aimed against the strain of the virus that surfaced for the first time in 2020 and rapidly spread over the globe. The improved boosters that were released in the autumn of last year were also modified to target omicron relatives that had previously been dominant.

According to the suggestion made by the FDA, the agency, independent experts, and manufacturers would decide yearly on which strains to target by the beginning of the summer. This would provide manufacturers a number of months to develop and distribute new injections before the autumn. That’s very much the same strategy that’s been used for a long time to choose the strains that will be included in the yearly flu vaccination.

Officials at the FDA believe that changing to an annual timetable will make it simpler to promote future vaccination campaigns, which may eventually lead to an increase in the vaccination rate throughout the country.

No matter the version, the initial two-dose COVID injections have provided a high level of protection against more serious diseases and mortality, but the protection against milder infections has decreased with time. Experts are still debating whether the most recent round of boosters provided a substantially higher level of protection, especially for Americans who are younger and healthier.