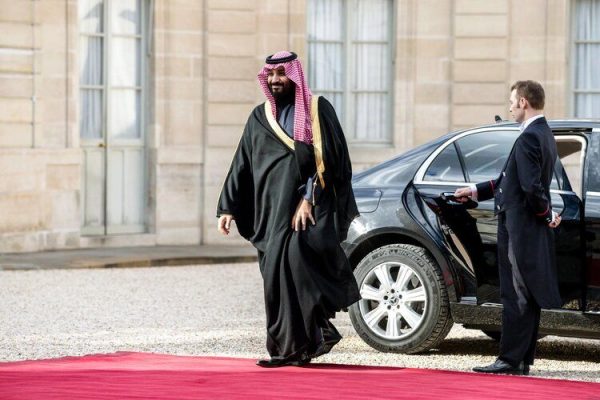 Despite Joe Biden’s fiery condemnations of Saudi Prince Mohammed bin Salman for the barbaric death of a U.S.-based journalist on the campaign trail, the Biden administration said Thursday that the prince should be deemed immune from a lawsuit over his participation in the crime.

The administration has said that the crown prince should be immune from a lawsuit filed by the fiancee of killed Washington Post journalist Jamal Khashoggi and the rights organization he established, Democracy for the Arab World Now, because of his high rank in the Saudi government.

A court will eventually determine whether or not to approve the request for immunity, thus it is not binding. It comes at a time when Saudi Arabia is increasing its imprisonment and other forms of retaliation against peaceful critics at home and abroad and is cutting oil production, a move seen as undercutting efforts by the U.S. and its allies to punish Russia for its war against Ukraine, and is therefore likely to anger human rights activists and many U.S. lawmakers.

On Thursday, the State Department said that the administration’s request to prevent Saudi Crown Prince Mohammed bin Salman from facing U.S. justice for Khashoggi’s murder was “purely a legal conclusion.”

The State Department made reference to what it called established practice. The State Department filed a response to the court’s recommendation late Thursday, saying that although it “takes no judgment on the merits of the current complaint,” it “reiterates its unambiguous condemnation of the atrocious murder of Jamal Khashoggi.”

Khashoggi was murdered by Saudi authorities at the consulate in Istanbul. They probably dismembered him, but his body parts have never shown up. U.S. spies determined that Saudi Arabia’s crown prince had authorized the assassination of the well-known journalist who had written critically of Prince Mohammed’s harsh methods of suppressing people he saw as competitors or critics.

On Thursday, the Biden administration released a statement detailing the punishments it had meted out to lower-level Saudi officials in connection with the killing.

The United States government has been “very concerned” about the possibility that Saudi operatives were involved in the murder of Jamal Khashoggi, the State Department stated. Its statement made no reference to the crown prince’s purported involvement.

While campaigning, Biden said he would make Saudi Arabia’s leaders a “pariah” for their role in Khashoggi’s murder in 2018.

“I believe it was a flat-out murder,” Biden stated as a candidate in a CNN town hall in 2019. And I believe that was where we should have left it. I made it clear at the time that we should see it that way, and that our actions would have repercussions depending on how we handled that kind of authority.

U.S. efforts to convince Saudi Arabia to reverse a series of cuts in oil production have been complicated by the kingdom’s recent escalation of rhetorical attacks against U.S. President Joe Biden, who has made efforts to ease tensions with the kingdom, including bumping fists with Prince Mohammed during a visit to the kingdom in July.

Hatice Cengiz, Khashoggi’s girlfriend, along with DAWN, filed a federal lawsuit in Washington, DC, against the crown prince, his senior officials, and others for their claimed involvement in Khashoggi’s murder. The Saudi government insists the prince had no part in the murder itself.

The leader of DAWN, Sarah Leah Whitson, said in a statement, “It’s beyond ironic that President Biden has unilaterally ensured MBS can escape responsibility when it was President Biden who told the American people he would do everything to hold him responsible.”

In February 2021, after the murder of Khashoggi, a local Washingtonian, Biden ruled out the possibility of direct retribution for Prince Mohammed. After releasing a less confidential version of the intelligence community’s conclusions on Prince Mohammed’s complicity in the death, Vice President Joe Biden stated that the United States had never taken action against the head of a critical ally before.

For decades, the U.S. military has protected Saudi Arabia from outside threats while Saudi Arabia has maintained global oil supplies.

According to Whitson, “it’s difficult to see the Biden administration’s decision today as anything more than a submission to Saudi pressure methods,” such as cutting oil production to “twist our arms” to acknowledge MBS’s false immunity gambit.

Washington’s federal court has given the U.S. administration until Thursday night to weigh in on whether or not Prince Mohammed is exempt from prosecution because of his high official status.

The Biden administration may have alternatively chosen to remain neutral.

International law’s idea of sovereign immunity provides some protection for governments and its officials from being tried in domestic courts in other countries.

The State Department said that by upholding the notion of “sovereign immunity,” it would assist assure that American officials would not be subject to litigation in foreign courts.

If the Biden administration agreed with the crown prince that his position provided him immunity from prosecution, human rights activists feared that it would empower Prince Mohammed and other authoritarian leaders across the globe to commit more rights crimes.

In place of his ailing father, King Salman, Prince Mohammed has assumed de facto power in Saudi Arabia. In September, the Saudi king also briefly gave Prince Mohammed the role of prime minister, a position that typically belongs to the king. The move was seen as an attempt to buttress Mohammed’s immunity claim.