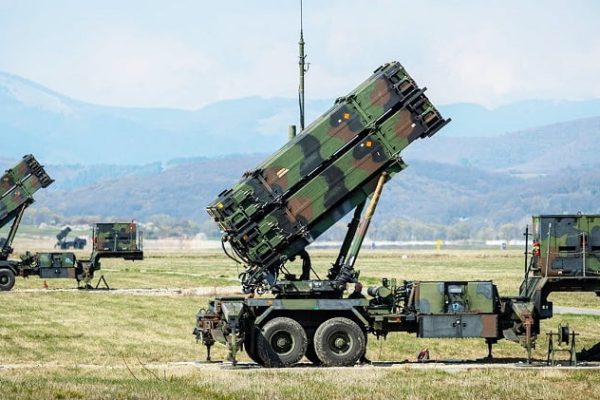 U.S. officials say they are close to finalizing plans to ship the advanced Patriot air defense system to Ukraine in response to an urgent request from Kyiv. The Ukrainian capital is looking for stronger weapons to counter Russian missiles and drones, which have destroyed energy infrastructure and left millions of people without heat this winter.

According to Reuters and AP, who cite unnamed US government sources, Washington may make a decision on the Patriot as early as Thursday.

On Wednesday morning, Mayor Vitali Klitschko said that explosions had been heard in the Shevchenkivskyi neighborhood, prompting emergency services to be sent. This was presumably a test of Ukraine’s air defense systems.

He then said on his Telegram channel, “Details later.”

As recently as this past Monday, Ukrainian President Volodymyr Zelenskyy lobbied Western politicians for additional cutting-edge weapons for his nation. If the West were to give Ukraine a surface-to-air missile system, it would be the Patriot.

These will be equipped to handle a wide variety of threats facing Ukraine, even if the Russians deploy short-range ballistic missiles.

The Pentagon did not provide a statement, and Ukrainian authorities did not respond right away.

Foreseeing that the Kremlin would consider the deployment of Patriot missile defenses to Ukraine as an escalation, former Russian President Dmitry Medvedev has urged NATO against doing so.

Since Russia’s invasion of Ukraine on February 24, the two countries have been at loggerheads in the east of the country’s industrialized Donbas area.

Since the invasion, the US has provided Ukraine with $19.3 billion in military aid, making this the costliest battle in Europe since World War Two.

In response to Russia’s nonstop bombardment, the United States and its allies have started sending additional air defenses to Kyiv, including both Soviet-era and more advanced Western systems.

As the mercury drops, millions of people have no access to essentials like power, heat, or running water.

Zelenskyy celebrated the promises as great news in his daily video message.

With each passing day, he remarked, “Ukraine is acquiring fresh strength to carry it through this winter.”

On Wednesday, he addressed the parliament of New Zealand, where he pleaded for more aid in dealing with mines and explosive ordnance left behind by the fighting.

According to Zelenskyy’s testimony before parliament, “as of today, 174,000 square kilometres (67,000 square miles) of Ukrainian land are polluted with mines and unexploded ordnance.”

This is around the size of Cambodia, Syria, or Uruguay.

Zelenskyy pleaded with New Zealand to take the lead in demining, citing the country’s military’s significant expertise in the field.

For a youngster who may be killed by a secret Russian antipersonnel mine, “there is no genuine tranquility,” he added.