The Year 2023: Top Trends in Business and Technology 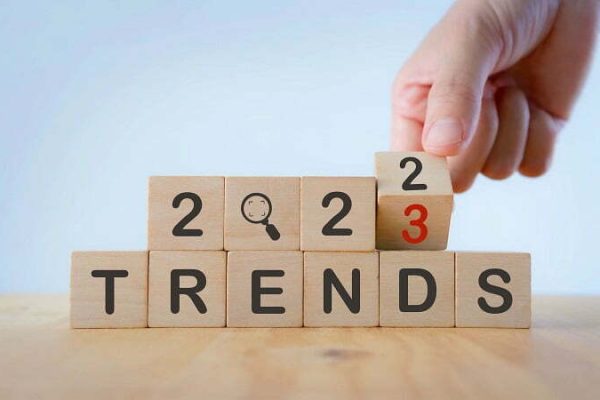 Understanding the major trends that will shape 2023 is crucial for investors, entrepreneurs, and established businesses. Executives and founders alike need to be aware of the market’s shifting trends in order to capitalize on emerging opportunities. This information will be invaluable as they go forward into the new year.

Clean energy technologies will be a priority as the world begins to take climate change and emissions more seriously. Clean energy production from sources such as the sun, wind, and water is being considered by corporations and governments worldwide. It will be increasingly vital to develop better battery technologies to store this energy.

Artificial intelligence (AI) systems that control power consumption will become more common. Using artificial intelligence (AI) technologies bought from UK firm Deep Mind, Google, for instance, is regulating power usage at its data centers (acquired by Google). There will be an increase in businesses specializing in carbon capture technology, with the objective of mitigating emissions for a wide range of businesses.

Companies will prioritize sustainability, which will result in the development and widespread adoption of greener, more recyclable, and biodegradable goods. Apple, Amazon, Google, and Tesla are just a few of the major corporations that are working to improve their environmental footprint. As concepts like sustainable development goals (SDG) and environmental, social, and corporate governance (ESG) become more widely used in business, the value placed on corporate social responsibility is rising.

In 2023, this industry will see a quantum jump as the United States and China compete to create greater space exploration technologies. The price of launching a satellite has been reduced thanks to SpaceX’s development of the next generation of reusable rocket technology. To further reduce expenses, India created rocket launch services. The Indian Government’s primary space exploration organization is the Bengaluru-based Indian Space Research Organization. It offers launch services for less than $5 million USD per liftoff.

Technology advancements in rocket launch services have prompted the development of a mega-constellation in lower Earth orbit (LEO), facilitating the widespread deployment of satellite-based Internet.Over 3,500 of Starlink’s intended 12,000 satellites were successfully launched into low-Earth orbit by SpaceX. Thus, more than 40 nations and over 50 million users throughout the globe now have access to broadband Internet via satellite. After the country’s Internet was cut off during the conflict, Starlink was able to help Ukraine reconnect.

Fast development is being made in the field of satellite-based broadband internet by companies including One Web, Viasat, Telesat, Amazon’s Kuiper, and the European Union’s satellite constellation. China has its own space station and wants to build 13,000 satellites in a pattern like Starlink all over Asia.

3. There’s a lot of work that has to be done with computers, what with quantum computing, big data simulation, and the emergence of new artificial intelligence chips.

Given that quantum computers are millions of times faster than supercomputers, they hold great promise for meeting the expanding computing demands of business. In my opinion, the fields of cancer study, DNA analysis, space travel, nuclear simulation and safety, and autonomous driving will all greatly benefit from the development of quantum computing hardware and software.

4. Healthcare will continue to thrive thanks to advances in areas such as genomics and DNA analysis, as well as vaccines and mRNA-based diagnostics.

The success of the COVID vaccination has convinced me that mRNA technology will play an ever-growing role in the future of medicine. Since it can be created rapidly, is inexpensive, and is safe for use on immunocompromised patients, the latest advancement in vaccine technology holds great potential as a replacement for the standard immunization schedule.

Cancer vaccinations may become widely available by 2030, according to the creators of Covid vaccine manufacturer BioNTech.mRNA is a kind of biological blueprint that tells cells how to manufacture therapeutics like vaccinations. When employed as a vaccination, mRNA serves as a template for a “wanted poster” depicting the antagonist. Antigens specific to cancer cells serve to differentiate them from healthy ones.

Multiple COVID vaccines were developed in record speed, showcasing the potential of mRNA vaccine technology as a potential cancer therapy. Moderna is only one of several pharmaceutical firms researching cancer-specific mRNA vaccines.

Genetic analysis and genomic testing are becoming important in the future of healthcare. Genomic testing is available from industry leaders like 23andMe and Color, who can alert customers to shift their emphasis from treatment to prevention. In 2023, there is little question that mRNA technology and genomic testing will continue to be major advances.

5. The Metaverse and Web 3.0 Technologies Will Continue to Shine

Even though there may not be a single, agreed-upon definition for Web 3.0 technology, the word has recently gained popularity. In Web 3.0, open-source software will serve as the foundation for the creation of interoperable systems. Users will have the ability to build their own decentralized applications (dApps) that use various technologies like blockchain, NFTs, and cryptocurrencies.

Utility NFTs, or digital assets that provide services like unlocking restricted material or experiences in the real world, are likely to gain prominence in the near future. This has the ability to alter how people see Web 3.0 and its associated technologies, which has the potential to have far-reaching effects on society.

Many major corporations, like Microsoft and Facebook parent firm Meta (which also owns Instagram and WhatsApp), are betting big on the Metaverse. No matter how correct or incorrect their prediction that the Metaverse would elevate the Internet is, it will have financial repercussions.

Regulation and government interference in the Web 3.0 sphere are anticipated to increase. The possibility and need of government regulation will have greater effects on economies, societies, and environments as the revolutionary influence of this technology becomes more obvious.

6. Supply chains will be safer and more reliable if robotics and AI are used more in manufacturing and industry.

Most industrialized nations are attempting to diversify their supply networks in light of COVID and the world’s prior overdependence on China. Supply chains are being brought back to several wealthy nations. Automation in the manufacturing, supply chain, and industrial sectors is essential since labor shortages are becoming more widespread in industrialized nations. As the automation of manufacturing processes continues to advance, I anticipate a surge in the use of AI and robots in a variety of industries in 2023.

Over the next three years, IBM Research predicts a 40–80 percent rise in the commercial manufacturing sector’s usage of artificial intelligence. ABB, Yokogawa Electric, Siemens, Honeywell, Mitsubishi Electric, and Schneider Electric are among the top companies in this field. Mujin, Dexterity, Nimble, Righthand Robotics, Universal Robots, Covariant, and Vicarious are just a few of the top companies making significant contributions (recently acquired by Alphabet). They make it possible to automate a variety of production processes, and I anticipate that they will set a new standard in this area.

Methods in Robotics The production process is becoming more automated through the use of automation. Furthermore, adaptive AI enables models to be modified in production or after deployment based on immediate feedback from both human and machine experiences.As decision-making becomes more interdependent, contextual, and ongoing, this development takes on more significance.

7. Growth in Greenhouse Farming; Robotics and Image Processing for Crops; and Advanced Drones Will Drive the Agriculture and Farming Automation Sector

In the following year, I anticipate a rise in agricultural innovation. We should expect to see more greenhouse farming initiatives in densely populated regions. Large agricultural operations will increasingly make use of cutting-edge image technology based on AI. In this way, agriculture and farming may become more empirically grounded in scientific principles.

Weeding, fertilizing, and harvesting are three agricultural tasks that may all benefit from the use of robotics. Fertilizing, pesticide application, and monitoring will all be carried out through high-tech drone flights.

8. The Semiconductor Industry Will Rapidly Expand and Change

The significance of semiconductors to the U.S. and global economies has been bolstered by the recent opening of semiconductor facilities by TSMC and Intel. In order to succeed in this cutthroat competition, cutting-edge materials and innovative lithography techniques are essential. Since China wants to build a cutting-edge geometric chip for cutting-edge military and scientific programs, I think that intellectual property and licensing for semiconductors will continue to be a hot topic.

9. The Rise of SuperApps, Number Nine

The word “superapp” is being used more and more often to describe a technology that merges an app’s functions, thereby creating an ecosystem and a platform inside a single piece of software. Superapps can take the place of a number of smaller apps, and they also make it possible for different developers to make and distribute more small apps.

“Superapps” will increase in popularity and use, says Gartner. It projects that by the year 2027, half of all people will use several superapps. In today’s competitive market, it’s essential to provide customers with a mobile-first experience that not only impresses but is also easy to navigate. With this, the “superapp” trend, which is particularly popular among the younger generations, will be given a boost.

WeChat, AliPay, Alibaba, Revolut, PhonePe, Rappi, Grab, Tata Neu, Troop Messenger, Gojek, and Clap Messenger are all instances of successful superapps. I’m interested to see which ones grow the fastest and which new ones manage to attract customers.

10. Cybersecurity is Now a Top Priority

The increasing number of security threats faced by consumers and businesses means that cyber security will become more important. Cybersecurity mesh has been named by Gartner as a top strategic technology trend, with the research firm projecting that businesses that use a mesh architecture would see a 90% reduction in the financial impact of security events by 2024. Multiple points of defense are emphasized in a cybersecurity mesh to ensure that networks are safe. To ensure the safety of sensitive data and consumer records, IT managers will need to build additional layers of protection into their systems.

To guarantee that security is a primary advantage, product designers will increasingly include security features. According to Gartner, worldwide investments in security and risk management will increase by 11.3% in the same year. The number of jobs that are done away from the office, the move to cloud-based service delivery, and the use of “zero trust” policies for getting into computer networks are all major factors.

It’s also likely that boards will include more people who are comfortable working with new technologies. Companies will work together more often to establish industry-wide security standards.

What I’m looking forward to most about 2023 is the growing technological and commercial developments. Companies of all sizes, from small start-ups to multinational conglomerates, would do well to study these trends so they can use them to grow their businesses, make wise investments, and come up with new ideas.