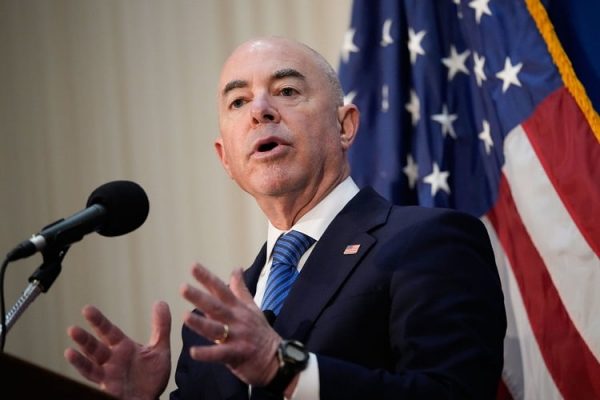 The Secretary of Homeland Security of the United States stated on Tuesday in the United States that North Korea has stolen more than one billion dollars worth of cryptocurrencies and hard currencies over the course of the past two years in order to fund its nuclear weapons program.

This assertion was made by the Secretary of Homeland Security for the United States of America, Alejandro Mayorkas, in his written testimony that was presented to the Committee on Homeland Security in the House of Representatives prior to a plenary session.

The United States Secretary of State stated in a written statement that “in just the past two years alone, North Korea has substantially funded its weapons of mass destruction programs through cyber heists of cryptocurrencies and hard currencies totaling more than one billion dollars.”

“Hostile nations like Russia, the People’s Republic of China, Iran, and North Korea, as well as cybercriminals around the world, continue to hone their strategies and bring about more damaging consequences.”

Mayorkas stated that incidents involving ransomware occurred in 14 of the 16 critical infrastructure sectors in the United States, citing observations from American authorities such as the FBI. He also stated that victims paid an estimated $590 million in ransom in the first half of 2021, which is an increase from the total amount of $416 million paid in ransom throughout the entirety of 2020.

He issued a warning that the actions of hostile nations exploiting the integrated global cyber ecosystem leads to discord, erodes trust in institutions, both public and private, and undermines liberal democracy.

Mayorkas discussed the ways in which the United States’ adversaries, such as North Korea, pose a greater threat to the country, particularly at a time when the world is experiencing widespread human and economic devastation as a result of the COVID-19 pandemic.

“Our opponents have a better understanding of the relevance of biological dangers.” According to Mayorkas, there is a growing interest around the world in leveraging and advancing biological technology capabilities, such as those used for biosafety and biosecurity technologies. This interest is likely to grow as a result of a global desire to lessen the impact of future pandemics.

“The use of chemical agents by Russia and North Korea in targeted attacks outside their borders in recent years reaffirms our commitment to monitor for and defend against similar attempts in our homeland,” said one official. “These attacks took place outside of their respective countries.”