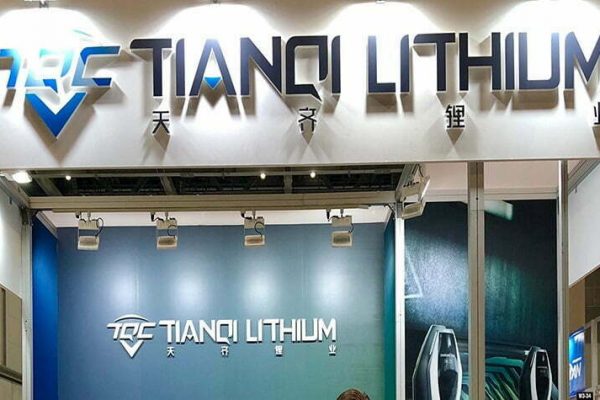 Tianqi Lithium Corp., [SHE: 002466] one of the world’s leading producers of battery-grade lithium compounds, announced On wednesday that it intends to raise up to $1.7 billion in a Hong Kong initial public offering, despite a weak global stock market.

The investment banks handling the transaction will begin accepting investor orders on Thursday and will price the contract on July 6. The lithium producer plans to go public on July 13.

The IPO is expected to be the largest in Hong Kong so far this year. Tianqi Lithium set a maximum price for its shares of 82 Hong Kong dollars, or $10.45 per share. Tianqi Lithium would profit approximately $1.7 billion from the share sale at that price.

Tianqi Lithium shares are already traded in mainland China, and the IPO price range is roughly 43 percent lower than the stock’s Shenzhen closing price on Wednesday.

The Wall Street Journal reported earlier this month that the Chengdu-based company hoped to raise more than $1 billion through the share offering, citing people familiar with the matter.

Tianqi Lithium’s chairman, Jiang Weiping, stated that supply has outstripped demand in the lithium industry for the majority of the last two decades. However, with the growing popularity of electric vehicles, which rely on lithium-based chemicals for their rechargeable batteries, that dynamic will change in 2021. “We believe this will be a long-term and far-reaching development,” Mr. Jiang said at a press conference on Wednesday.

The IPO proceeds would be used to repay approximately $1.1 billion in bank loans before being used for other purposes, including funding the construction of a lithium-carbonate manufacturing plant in Suining, a city in China’s Sichuan province.

The company’s Shenzhen-listed shares fell 4.4 percent on Wednesday, closing at 122.80 yuan, or about $18.31. They have nearly doubled in the last year.

The seven investors have agreed to invest approximately $625 million. They would account for nearly 40% of shares sold at the midpoint of the price range, assuming underwriters do not exercise an option to increase the deal’s final size.