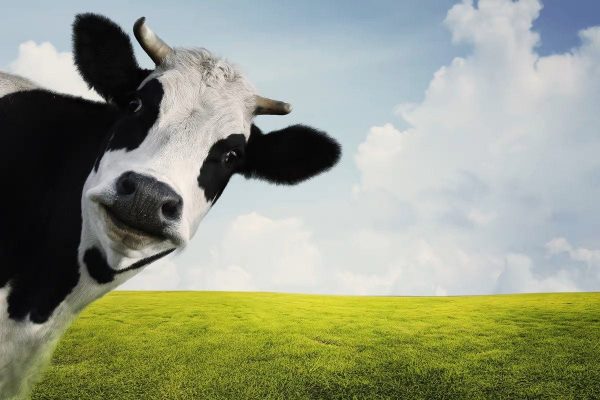 What can you do to prevent a cow from burping?

You’d think that was the beginning of a joke, but in New Zealand, this is really the topic of a massive scientific study. And the solution to this question may have far-reaching consequences for the planet’s well-being.

More precisely, how can we reduce the amount of methane gas that is released by livestock such as cows, sheep, and pigs? This gas doesn’t stay in the atmosphere as long as carbon dioxide but is at least 25 times more effective when it comes to warming the planet.

Since cows’ digestive systems aren’t designed to break down grass, they ferment it in the rumen, a multi-chambered stomach. This produces a tremendous quantity of gas. There is a price to pay for the environment every time someone consumes a milkshake or a beef burger.

Scientists in New Zealand are coming up with novel approaches that might significantly reduce pollution. Selective breeding, genetically tailored feed, methane inhibitors, and a vaccination might all make a huge difference.

There are no off-limits options, such as increasing the animals’ seaweed intake or administering a “Kowbucha” probiotic beverage modeled like kombucha. Some British engineers have even created a harness that can be worn by cows to oxidize methane when it is expelled via burping.

As a result, the research has taken on a new sense of urgency in New Zealand. Half of all greenhouse gas emissions in the country originate from farms, whereas in the United States that number is less than 10%. Twenty-six million sheep and ten million cattle exceed the country’s five million inhabitants.

The government of New Zealand has committed to cutting methane emissions from livestock by as much as 47% by 2050, as part of its effort to achieve carbon neutrality.

Many farmers are frustrated by the government’s recent announcement that they want to start charging farmers for animal burps. Everyone is crossing their fingers that science will give them a break.

Most of the study is conducted at a campus in Palmerston North, which has been sarcastically dubbed Gumboot Valley in reference to Silicon Valley.

Peter Janssen, a lead scientist at AgResearch, a government-owned corporation that employs some 900 people, has remarked, “I don’t think there’s any other country that has the breadth of ambition that New Zealand has in terms of the spectrum of technologies being studied in any one area.”

Studies demonstrating that decreasing methane doesn’t have to hurt the animals or impair the quality of milk or meat form the basis of the investigation. Janssen noted that the methane-producing microorganisms in the animals don’t seem to be essential to digestion but rather act in a more opportunistic fashion.

Because “that’s the motive for doing it,” he is “absolutely believing it’s going to succeed.”

Methane production may be reduced by using a vaccination to prompt an animal’s immune system to generate antibodies. A vaccine’s main benefit is that it would only have to be given to an animal once a year, or maybe even only once throughout its whole lifespan.

Similar to how antibiotics work by suppressing the growth of bacteria, inhibitors work by directly dampening the activity of the methane microorganisms in the digestive systems of animals.

Janssen claims that inhibitors may cut methane production by at least 30% and perhaps as much as 90%. The chemicals must also be safe for the animals and not be transferred to humans through their meat or milk. Likewise, inhibitors need to be given on a consistent basis.

According to Janssen, it will be a while before either inhibitors or vaccinations are ready for sale.

But other methods like selective breeding will be used onto sheep farms as early as next year, reducing methane emission by 15%, according to Janssen. It’s possible that a comparable initiative aimed at cattle is not far behind.

Scientists have been measuring the amount of methane released from sheep dung for years in special chambers. Because of selective breeding, the low-emitters now have progeny that also emit very little radiation. Researchers have also been keeping tabs on the genetic markers that are unique to low-emitting animals.

“I believe one of the areas where New Zealand scientists, in particular, have made some fantastic success is in this entire field of animal breeding,” said Sinead Leahy, chief scientific adviser at the New Zealand Agricultural Greenhouse Gas Research Centre. Moreover, “a lot of work has been done in particular on producing low emissions sheep.”

Scientists estimate that animal feed may cut methane production by as much as 30 percent.

Scientists are working on creating genetically modified clover in a greenhouse on campus. In order to prevent the spread of germs, visitors are required to wear booties and medical scrubs at all times and to not set anything down.

The scientists state that methane-reducing feed additives like Bovaer, manufactured by Dutch firm DSM, are less effective in New Zealand because farm animals eat outdoors in fields rather than in barns.

Instead, they want to genetically alter the ryegrass and white clover that the New Zealand animals graze on.

To reduce the release of methane, researchers have discovered a mechanism to boost tannin levels in clover.

AgResearch scientific group manager Linda Johnson stated, “What this team has done is they have really located, via their study, a master switch that turns on condensed tannins in the leaves.”

Johnson claims that the modified clover reduces methane output by between 15% and 19% based on laboratory tests.

Clover and ryegrass both benefit from the scheme.

One study suggests that a 10% reduction in methane emissions may be achieved simply by increasing the oil content of ryegrass leaves by 2%, as reported by Richard Scott, a senior scientist at AgResearch.

Feed program is still a few years away from becoming farm ready, much like inhibitors and vaccination. Researchers in the United States have finished their controlled experiments, and they are preparing for a larger field study in Australia.

Fonterra is conducting trials of its probiotic Kowbucha mixture, while Zelp, a business based in the United Kingdom, is continuing to test and improve upon its wearable harnesses. Asparagopsis, a kind of red seaweed, has been shown in other studies to decrease methane production in cattle when fed to them.

Despite this, farmers aren’t sitting around waiting for all the research to bear fruit. Located not far from Featherston, the Kaiwaiwai Dairies farm has been able to reduce its methane emissions by being more efficient, according to farmer Aidan Bichan.

He mentioned improving milk output per cow, reducing the amount of processed feed, and delaying the need to replace milking cows as part of this strategy.

“We’ve got to do our part to help rescue the globe, even on a farm level,” Bichan added.