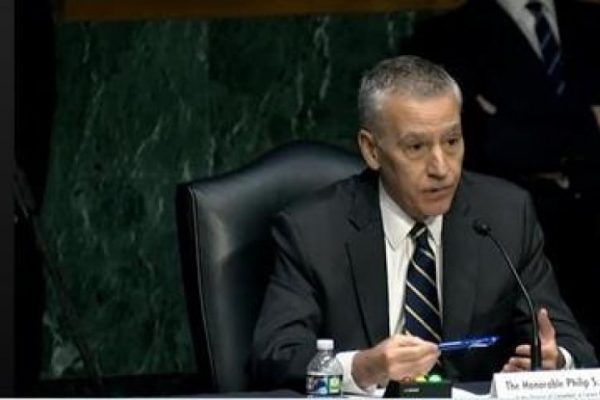 The senior US ambassador in Seoul said on Thursday that the United States is “totally committed” to expanding economic cooperation with South Korea and is ready to negotiate as close friends, despite rising worries about a new US regulation on electric vehicles (EVs) that Korea has labeled discriminatory.

The South Korean government and a number of businesses are very worried about the US Inflation Reduction Act (IRA), which says that people who buy electric cars can only get tax breaks if the cars were made in North America.

Businesses in Korea have emphasized the need to grant exclusions to the country’s automobile manufacturers.

Ambassador Philip Goldberg made this statement at the 34th Korea-US Business Council, which was co-hosted by the Federation of Korean Industries and the US Chamber of Commerce. “We are fully aware of concerns over elements of the Inflation Reduction Act, or IRA,” Goldberg added.

“I want to reaffirm our entire commitment to our economic relationship, despite the fact that we are aware of these concerns and are willing to engage in constructive discourse with our close friends. “The commercial connections between the United States and Korea are already robust and have a long history, but we want to strengthen them even more.

South Korea has said that the uneven provisions in the legislation, which was approved in August, would deal a significant blow to the Korean industries, such as Hyundai Motor Company and Kia Corporation, since they build EVs at local factories for export to the United States.

On Tuesday, Goldberg stated in a separate forum that the allies had been discussing ways to resolve the issue. More specifically, they had been discussing how to deal with the “lag time” between the completion of Hyundai’s EV plant in the state of Georgia in the United States and the production of electric vehicles by Korean automakers. He did not go into more detail.

The IRA is problematic for Korean battery manufacturers because it stipulates that electric vehicle batteries must contain a certain percentage of minerals that were mined or processed in the United States or in countries or regions that have a free trade agreement (FTA) with the United States government. Over time, more and more of the parts will be needed.

South Korean business circles stressed the need for the two governments to come up with a settlement as quickly as possible at the meeting that took place on Thursday.

In his opening speech, the chair of the FKI, Huh Chang-soo, stated that the implementation of the IRA is already having a real impact on sales of Korean products in the US and that countermeasures seem urgent as public opinion here is worsening. Huh Chang-soo made these remarks during the symposium.

At the level of the government as well as the private sector, South Korea has been making its utmost effort to provide exceptions for electric vehicles manufactured in the country.

It was anticipated that the lobbying organizations would subsequently adopt a united statement in which they would underline their commitment to finding a solution to the IRA problem in a manner that would reduce the discriminatory features.

The participants suggested that the United States of America and the Republic of Korea should sign a permanent currency swap or some other action that is equal to that, so that the stability of the Korean foreign exchange market might be improved.

Other important people who attended the meeting were the Minister of Foreign Affairs, Park Jin; the Minister of Trade, Ahn Duk-geun; Octavio Simoes, President and CEO of Tellurian Inc.; and Charles Freeman, Senior Vice President for Asia of the United States Chamber of Commerce.

Because of the widespread coronavirus outbreak, the council meeting for this year was the first time since 2019 that it was held in person. This is the start of a new tradition.