Trading Volumes in Asia Are Light Due to the Holidays, But Stocks Are Up 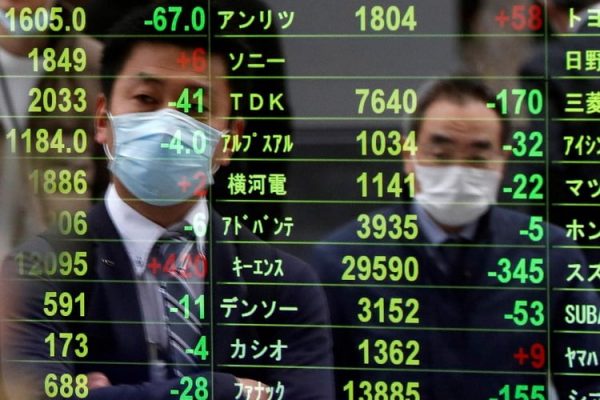 Despite little trading as markets in Hong Kong, Sydney, and other locations reopened after the Christmas break, stocks in Asia climbed on Monday.

In a widely covered speech on Monday, Governor of the Bank of Japan Haruhiko Kuroda signaled that the central bank had no plans to change its longtime strategy of monetary easing to deal with inflationary pressures on the world’s third biggest economy.

Since the Bank of Japan has been supporting the economy via ultra-low interest rates and bond and asset purchases, the markets were shocked by a small revision in the target range for the yield of long-term Japanese government bonds last week.

The growing interest rate differential between Japan and other nations has pushed the yen considerably down versus the dollar and other currencies, increasing the price of many imported goods.

Aware of the dangers of a recession, the BOJ has maintained its benchmark lending rate at -0.1%.

With economies facing expected downward pressure and Japan’s economy not completely recovered from the consequences of the epidemic, Kuroda told the Keidanren, the country’s most prominent business organization, that the BOJ “deems it vital to execute monetary easing and therefore firmly support the economy.””

Despite opening down on a day of mixed economic data, stock indices ended the day higher as minimal trading ahead of the holiday weekend boosted prices. Monday will be a day of no trading in the United States or Europe.

With consumer spending and the job market holding up rather well, the chance of a recession is lower, but the Federal Reserve is pressing its campaign to squash inflation, which raises the prospect of higher interest rates.

On Friday, the government revealed that a crucial indicator of inflation continues to decline, albeit the inflation gauge in the consumer spending report was still considerably higher than anybody likes to see. Finally, consumer spending growth slowed more than predicted last month, while income growth was somewhat faster than anticipated.

The United States government released its last major economic report for the year last week. Soon, attention will shift to the next set of quarterly earnings reports from major companies.

Despite the sustained slowing of price rises, the Fed has pledged to keep increasing interest rates in an effort to bring inflation under control. Following a record-low start to the year (nearly zero), the Federal Reserve’s benchmark overnight rate has now reached its highest level in 15 years. Fed officials now anticipate that the federal funds rate will rise to a range of 5% to 5.25% by the end of 2023 from its current range of 4.25% to 4.50%.

Due to the high inflation rate that has persisted for some time, “many are starting to believe the main story is that there will be no scope for Fed cuts in the year ahead and that central banks will maintain these relatively high rates until underlying inflation is truly cracked — and that process will take time,” “An article by SPI Asset Management’s Stephen Innes cited this idea.

High interest rates have prompted worries that the economy may halt in 2023, leading to a recession, which is not predicted by the Fed until 2024. Stock and investment values have also been suffering under the weight of high rates.