Trump Cheered by Fans During a Fundraiser in New Jersey 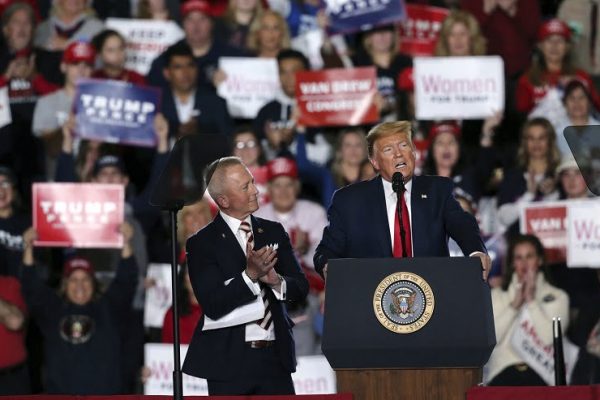 On his way to the New York attorney general’s office for a deposition in a civil inquiry, former President Donald Trump waves as he exits Trump Tower on August 10, in New York.

Former President Donald Trump went to his golf club in Bedminster, New Jersey, hours after his deposition in Manhattan, to throw a fundraiser for Rep. Jeff Van Drew, a onetime Democrat who joined the Republican Party in 2019 after swearing his “undying allegiance” to Trump.

According to Elizabeth Nader, an attendee, Trump spoke to the small gathering of approximately 50 supporters for about 30 minutes before taking questions.

According to Nader, a New Jersey author who presents the Nader Narrative, a conservative news talk program on YouTube, Trump did not disclose the deposition but did reference the FBI search of Mar-a-Lago in Palm Beach, Florida.

“Everyone was congratulating him for his efforts, for everything he’s done for our country,” Nader remarked.

Trump did not say anything that he had not previously stated in a statement he gave earlier in the day, she claimed, but he appeared to enjoy being surrounded by a large number of fans.

“He needs it,” she explained. “I believe he likes being around his fans.”

Trump singled out state Sen. Edward Durr Jr., a first-term Republican who defeated one of New Jersey’s most renowned Democrats in the Legislature last year, pulling off the state’s most shocking electoral upset in decades.

Durr, who drives a truck for a furniture shop and had never held public office before last year, has subsequently adopted the online moniker “Ed the Trucker.” Trump called Durr days after his victory to congratulate him, but the two had never met in person before Wednesday.

“I was delighted and privileged to be there, and I was quite lucky to meet and chat with the president,” Durr remarked after the event.

According to two witnesses, guests paid at least $2,000 for the cocktail event; a smaller group of attendees, who had made extra payments, including Nader, were invited to snap photos with Trump beforehand.

“It was meant to be personal,” Nader explained.