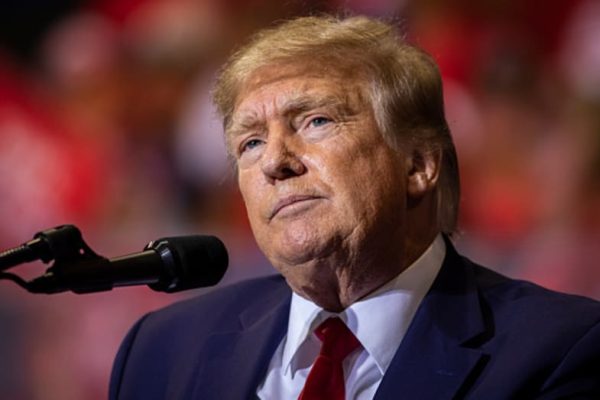 Documents from Biden’s tenure as vice president were unearthed last autumn at the University of Pennsylvania’s Penn Biden Center in Washington, D.C., and Trump claimed on Monday that China “saw” them.

The ex-president, who may face criminal charges linked to his possession of more than 100 secret papers uncovered at his Mar-a-Lago house after he left office, also claimed that the research group was “financed” by the Chinese government.

“Wow! Chinese money supports the Biden Foundation’s think tank.” Donald Trump posted an article on Truth Social. “Federal Records Act is criminal and MUCH TOUGHER than the Presidential Records Act, which is NOT criminal, hence a Vice President cannot Declassify records covered by it. How much more classified material has been handed to China? I, as President, have that authority.”

Trump elaborated, saying, “The Biden Think Tank got $54 million in funding from China.” “How much is that? They had access to Top Secret Files!”

A subsequent article by the ex-president included the same proposal “It would be unthinkable for Biden to provide China with Top Secret Materials. That’s something I’d never do. This is a terrible predicament for our country.”

Earlier on Monday, in response to the finding at the Penn Biden Center, Trump posted on Truth Social that the FBI should “search” Biden’s “several houses,” which he said included the White House.

When it comes to receiving funding from China, Penn isn’t alone. According to Bloomberg, between 2013 and 2020, institutions in the United States collected about $1 billion in Chinese contributions, with Harvard receiving the largest portion.

Not only is there no proof that any Chinese money was sent to the Penn Biden Center, but there is also no reason to suppose that any Chinese foreign agents were given access to the records in return for a gift.

The Washington Post revealed on Biden’s inauguration day, January 20, 2021, that Trump made a total of 30,573 untrue or misleading statements throughout his administration.

Stephen MacCarthy, a spokesperson at the University of Pennsylvania, told the New York Post that the Biden think tank had “never requested or accepted any contributions from any Chinese or other foreign business.” Since becoming president, Biden has not been actively involved with the institute.

The materials’ origins at the Penn Biden Center are mysterious. A “limited number” of classified materials were found on November 2 in an office at the center that Biden had used intermittently from mid-2017 until his 2020 presidential campaign, according to a statement released by President Trump’s special counsel, Richard Sauber, on Monday.

According to Sauber, Biden’s private attorneys made the discovery and then gave the papers to the National Archives. The DOJ is looking into the files, and the Biden administration is helping them out.