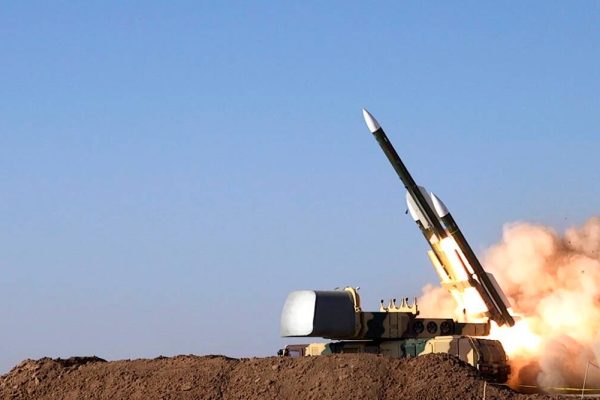 Russian forces were supplying their soldiers in the seized Kherson area of southern Ukraine via a critical bridge that was destroyed by Ukrainian troops using precision rocket launchers provided by the United States, authorities claimed on Wednesday.

Additionally, Ukraine claimed to have killed 51 soldiers from the Russian army while destroying an enemy ammo storage, artillery pieces, and other military hardware in the area. The Russian side didn’t immediately confirm anything.

According to Kirill Stremousov, deputy head of the Moscow-appointed administration for the Kherson area, the Antonivskyi Bridge across the Dnieper River was assaulted late on Tuesday. Despite having holes on its deck, the 0.9-mile span of the bridge was still intact, according to him.

The bridge was blocked to trucks last week after damage from earlier Ukrainian strikes, but it was still accessible to cars up until the most recent attack.

In recent days, Russian troops have increased bombings in the south and their shelling of towns and cities in eastern Ukraine. In the Kherson area, which Moscow won early in the conflict, the Ukrainians are launching increasing counterattacks against the Kremlin’s forces.

According to Stremousov, Ukrainian soldiers attacked the bridge using rocket launchers made by the US called HIMARS multiple. Nataliya Gumenyuk, a military spokesman for Ukraine, informed Ukrainian TV that “surgical attacks” had been made on the bridge.

Compared to the Smerch, Uragan, and Tornado rocket launchers built by the Soviet Union and employed by both Russia and Ukraine, the HIMARS has a longer range, much higher accuracy, and a quicker rate of fire. Since the Russian incursion on February 24, Ukraine has received military assistance from the West worth billions of dollars, including the armaments mentioned before.

While the offensive was a morale-boosting triumph for the Ukrainians, stopping traffic on the Dnieper River bridge barely puts a little dent in the broader Russian military campaign.

Mykhailo Podolyak, an advisor to the Ukrainian president, said on Twitter that the Dnieper’s “occupiers should learn how to swim over” or “leave Kherson while it is still feasible.” He tweeted, “There may not be a third warning.”

The bridge serves as the primary Dnieper crossing in the Kherson area. The only other choice is a dam at a Kakhovka hydropower facility, which was also attacked by Ukrainian forces last week but is still operating.

It would be difficult for the Russian military to maintain feeding its men in the area if the bridges were destroyed.

Volodymyr Zelensky, the president of Ukraine, noted the assault on the Antonivskiy bridge and other crossings in the area during his nightly video message, saying, “We are doing all we can so that the invaders have no logistical capabilities left on our soil.”

Naturally, they will all be rebuilt, but we will be the ones to do it, Zelensky said.

In contrast to Russia’s indiscriminate bombing of residential areas since the invasion five months ago, the bridge was precisely targeted.

On Wednesday, the east-central city of Dnipropetrovsk’s governor said that two districts had been artillery-struck by Russian troops. A lady was hurt in the town of Marhanets, according to the governor Valentyn Reznichenko, and the shelling also caused damage to a number of apartment complexes, a hospital, and a school.

He said that the only purpose of chaotic bombardment was to instill fear and panic among the civilian population.

The majority of the Russian soldiers are engaged in combat in the Donbas, the country’s industrial heartland in eastern Ukraine, where they have achieved only little progress against fierce Ukrainian opposition.

According to the Institute for the Study of War, a Washington-based research tank, they have gained some territory northeast of Bakhmut. But it said that until early October, it is improbable that Russian troops would seize a significant amount of new ground in Ukraine.