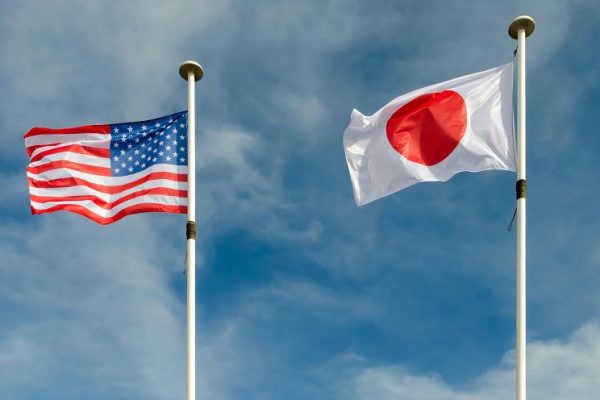 Concerned about China’s growing influence, the United States and Japan have announced intentions to increase their security cooperation.

The United States and Japan’s foreign and defense ministers met on Wednesday in Washington, DC, and released a joint statement in which they called China a “unprecedented” danger to world order and vowed to position their alliance to “prevail in a new age of strategic rivalry.”

A joint statement by the United States’ Secretary of State Antony Blinken, Defense Secretary Lloyd Austin, and their Japanese counterparts, Yoshimasa Hayashi and Yasukazu Hamada, warned that China is using its rising political, economic, military, and technological power to reshape the international order in its favor.

This conduct poses the largest geopolitical threat in the Indo-Pacific region and beyond, and as such, the alliance and the international community as a whole are very concerned.

To prepare for a possible Chinese invasion of Taiwan or other hostile activities in the South or East China Seas, the four leaders decided to modify the American force presence in Okinawa, a southern Japanese island.

They also made it such that “attacks to, from, and within space” would be covered by the treaty’s mutual defense clauses, which had previously only applied to terrestrial threats, by adding an explicit mention of space to the old US-Japan security pact. The agreement did not originally cover such a scenario.

It was also reported that on Friday, NASA, the United States’ space agency, will sign an agreement with Japan to work together.

Blinken said the deal shows the two countries are trying to work together more closely “across all sectors,” such as in the space industry, cyber security, and new technologies.

“The alliance between the United States and Japan has been the cornerstone of peace and stability in the Indo-Pacific, protecting the security, liberty, and prosperity of our people and others throughout the region,” he added.

After their talks on Wednesday, US Vice President Joe Biden and Japanese Prime Minister Fumio Kishida will meet on Friday to further emphasize the significance of the relationship between their two countries.

As highlighted by Austin, the pact reaffirms the United States’ “ironclad resolve to protect Japan with a full spectrum of weapons, including nuclear,” and also emphasizes that Article 5 of the mutual security treaty extends to the Senkaku Islands.

Beijing also lays claim to the islands outside Japanese territorial seas, calling them the Diaoyu Islands.

As part of the new US deployment in Okinawa, the 12th Marine Regiment will be reorganized into a smaller, more swiftly deployable force called the 12th Marine Littoral Regiment. This new unit will be better able to protect US interests and those of its regional partners against any threat.

Austin has said that the regiment will be a “more deadly, more agile, more competent” military organization in the area.

The United States has said that this move will neither result in an increase in the number of marines stationed on the island, nor will it result in a substantial change in the capabilities of the military’s weaponry. Okinawa was the location of one of the deadliest land engagements at the close of World War II, making any talk of military reinforcements a touchy subject. Okinawans want to see fewer American soldiers stationed on their island, which is home to more than half of the American forces in Japan.

A littoral regiment consists of around 2,000 Marines and has a logistical unit, an air defense battalion, and a combat team with an anti-ship missile battery. It would replace over 3,400 marines and sailors that are part of the present Okinawa marine regiment.

The deals reached on Wednesday follow Japan’s statement from last year that it would boost its defense expenditure to 2% of GDP over five years. Amid rising worries about North Korea and possible Chinese military action against Taiwan, Tokyo has shifted its priorities dramatically, increasing its defense spending to the point that it is now the third-largest in the world.

Blinken, when asked about the Japanese changes, replied, “It’s really simple, we warmly embrace the new plans particularly since there is… a tremendous convergence between our strategy and strategies and Japan’s.

Increased funding, improved roles, objectives, and capabilities, etc., are all things we wholeheartedly support. he stated, “I look forward to even greater collaboration between the United States and Japan, and between the two countries and their other friends and partners.” We have a solid foundation that will only continue to expand.

Although Austin was aware of increased Chinese military activity in the Taiwan Strait, he expressed skepticism that this indicated Beijing was planning an invasion of Taiwan.

After then-Speaker of the House of Representatives Nancy Pelosi’s combative visit to Taipei last year, China carried out exercises viewed as a test run for an invasion of Taiwan, a self-governing democracy.

Austin stated, “I won’t second-guess Mr Xi, but what I will tell you is that what we are witnessing lately is some extremely aggressive behavior on the part of China’s military.” He was referring to Chinese President Xi Jinping.

We think they’re trying to create a new normal, but it doesn’t necessarily indicate an invasion is on the horizon, he added.