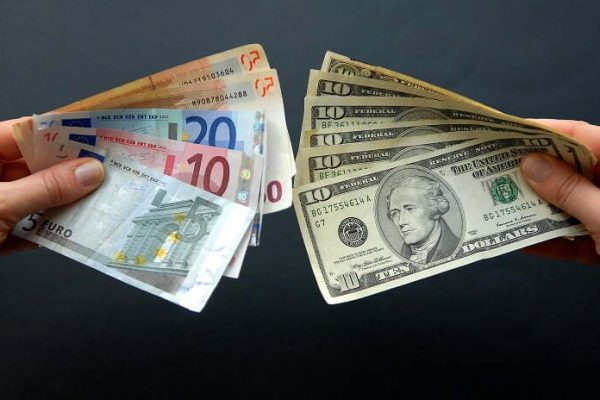 The euro and the dollar have equalized for the first time in 20 years, showing that the market anticipates a significant decline in the European economy as a result of Russia’s invasion of Ukraine. Right now, one euro is equivalent to one dollar. The shift will result in higher import costs for firms and consumers in Europe, while European exports will immediately become less expensive on international markets.

The value of the euro has dropped significantly since early February when it was around $1.13. The downturn has accelerated recently due to concern that Russia, the EU’s main energy supplier, may completely stop delivering gas as a result of Western sanctions.12 countries in the European Union have so far seen a whole or partial decline in Russian gas. Supplies from the Nord Stream 1 pipeline were halted earlier this week for a 10-day repair period. It is uncertain if the Kremlin will mandate that the suspension endure past that time and forever.

The most likely scenario, according to Bruno Le Maire, France’s finance minister, is for all Russian gas to be shut off.

If the euro manages to surpass the value of the US dollar, it will be keenly observed. This happened last in November 2002, when the euro was worth $0.99.

The primary reason the dollar is strengthening is that the Federal Reserve is raising interest rates more quickly than central banks in other nations in a bid to curb the worst inflation in the United States in forty years. U.S. Treasury rates increase as a result of the Fed’s rate increases, luring investors looking for higher returns than are available elsewhere in the world. This increasing interest in dollar-denominated assets raises the value of the dollar. Not since July 15, 2002, has the euro been valued at less than one dollar. On that day, the euro blew past parity with the dollar as huge U.S. trade deficits and accounting scandals on Wall Street pulled down the U.S. currency.

Given the nature of Germany’s exports, which are sensitive to commodity prices, it is still difficult to imagine that the trade balance could significantly improve from here in the coming months given the anticipated slowdown in the Eurozone economy, according to a recent note from foreign exchange strategists at Saxo Bank.

Analysts predict that the US dollar will become a shelter for investors as a result of a string of aggressive interest rate increases by central banks, notably the Fed, and slowing economic growth. This will continue to put pressure on the euro.

The US Federal Reserve has increased interest rates by 75 basis points and has signaled that further rate rises will occur this month, placing it far ahead of Europe in terms of tightening.

Analyst at UniCredit has confessed that the foreign currency market has been impacted by the global recession worries. The US dollar is generally known as a safe haven, and hence the recent market scenario has enhanced demand for the currency. According to Mark Zandi, chief economist at Moody’s Analytics, a 10% increase in the value of the US dollar relative to that of its trade partners over the course of the previous year cuts inflation by 0.4 percentage points. He thinks that domestic goods are more expensive when the local currency is stronger.

The United States, the largest economy in the world, already faces a complex future due to the rising dollar. On the one hand, a stronger dollar lowers the price of imported goods for Americans and lessens inflationary pressures. but only somewhat.

Their international earnings lose value when they convert them to dollars and bring them back to the United States due to the strengthening dollar. For instance, Microsoft revised its April-June profits forecast downward last month “due to negative foreign currency rate volatility.”

Even worse, a stronger dollar raises the price of American goods abroad while lowering the cost of foreign goods in the US.