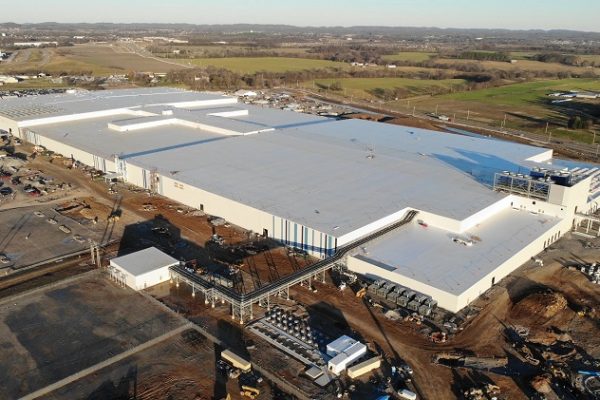 the US Department of Energy has loaned LG Energy Solution and GM’s joint venture $2.5 billion (3.27 trillion won) to assist fund the development of three battery production facilities for electric vehicles in Ohio, Tennessee, and Michigan.

The Advanced Technology Vehicles Manufacturing program under the Biden administration has, according to the Energy Department, approved its first loan specifically for a battery cell manufacturing project.

According to LG Energy Solution, the US government loan has an interest rate that is in line with the yield on a 10-year US Treasury note, or around 3.6 percent, and is thus almost two percentage points lower than the rate an AA-rated firm would receive on the Korean bond market.

An LG Energy Solution representative has said, “It is vital to secure large-scale investment funding in order to develop reliable production capabilities in the North American battery market, which is predicted to have the quickest growth rate.”

“Despite the highly tough climate to secure investment due to recent rate hikes and economic recession, we have established a foothold to continue our distinguished growing trend in the US,” the official continued.

At the beginning of August, production at Ultium Cells’ first plant, located in Ohio, began. Once the second and third EV battery production plants in Tennessee and Michigan, respectively, are up and running by 2025, the business is expected to have a total capacity of 145 gigawatts-hour per year. According to the South Korean battery manufacturer, that’s enough energy to run approximately two million high-performance EVs every year.

During an earnings call in February, General Motors CEO Mary Barra stated the company and LG Energy Solution would reveal the site of their fourth US battery cell plant in the first half of this year. However, there have been no official announcements as of yet.

Reuters reports that the joint venture is looking at Indiana to build its fourth US battery factory. The report was refuted by LG Energy Solution, which stated that no decisions had been made about the development of a fourth battery plant.

According to the Energy Department, the three cell manufacturing sites will add more than 11,000 new jobs to the local economy.

On the same day, Granholm attended a roundtable in Dearborn, Michigan, with officials from federal and local government, industry, and labor to announce the Department of Energy’s Battery Workforce Initiative.

South Korean battery manufacturers were represented at the conference, with CEO of Samsung SDI America Chun Sei-won and head of external affairs and government relations at LG Energy Solution Michigan Denise Gray discussing how to foster long-term partnerships in the industry.