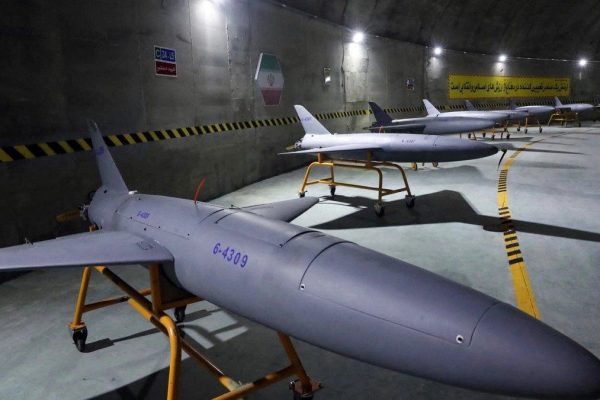 In a statement released on Thursday, the United States Department of the Treasury said that it had designated Safiran Airport Services, which is based in Tehran, and accused the company of coordinating Russian military flights between Iran and Russia, including those associated with the transportation of drones, personnel, and related equipment.

The Iranian Paravar Pars Company, Design and Manufacturing of Aircraft Engines Company, and Baharestan Kish Company have all been blacklisted by the Treasury Department on the grounds that they are suspected of being involved in the research, development, production, and acquisition of Iranian drones.

The Department of the Treasury singled out the Paravar Pars Company for participation in the reverse engineering of drones built in the United States and Israel, but did not identify which models were being worked on.

According to a report by the news agency Reuters, some of Iran’s drones are based on uncrewed aircraft from other nations, notably a spy drone from the United States called an RQ-170 Sentinel that was seized in 2011.

Rehmatollah Heidari, managing director of Baharestan Kish Company and a member of the company’s board of directors, was named as a designated person as well.

One month ago, an official from the United States was quoted by Reuters as saying that Russia’s drones produced in Iran experienced “many problems.”

According to the official from the United States, Russia most likely wanted to buy hundreds of uncrewed aerial vehicles (UAVs) from the Mohajer-6 and Shahed-series.

Since the invasion of Ukraine by Russian troops in February, which was the worst attack on a European state since World War II, thousands of people have been slain, and whole Ukrainian cities have been reduced to ruins. The Russian government refers to its involvement in Ukraine as a “special military operation.”

The penalties that were announced on Thursday came at a time when indirect discussions between Iran and the United States have made only faltering progress toward salvaging a deal that was reached in 2015 that placed curbs on Iran’s nuclear programme in return for respite from certain sanctions.

Tehran broke the nuclear constraints that were outlined in the pact after the United States withdrew from the deal in May 2018 under the leadership of then-President Donald Trump and reimposed sanctions.