What Benefit Will the Agreement with the IMF Have for Sri Lanka? 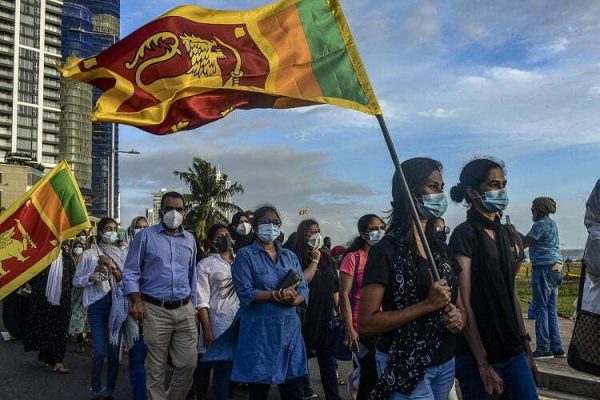 Nadeeka Jayasinghe,  the co-founder of a charity that feeds the underprivileged in the nation on a daily basis says, “Parents from the schools we serve meals to have urged us to increase the quantity of meals supplied throughout the week since the children don’t receive appropriate meals while they are at home on the weekend.”

On Thursday, the International Monetary Fund’s (IMF) staff and Sri Lanka’s government struck an agreement on a $2.9 billion, 48-month Extended Fund Facility that would allow Sri Lanka to get short-term loans from other donors. Even though there have been some early steps toward getting financial help from the IMF, the day when people can go back to their normal lives is still a long way off.

Nearly 30 percent of Sri Lanka’s 22 million people are now food insecure, with one in four individuals frequently missing meals due to lack of funds, according to a recent study by the World Food Programme Sri Lanka. Many poor and “newly poor” Sri Lankans are in this situation because of recent economic problems like rising prices, shortages, and job and income losses.

In July, Indrajit Coomaraswamy, a former governor of the Sri Lanka Central Bank, told the Indian news site The Wire that “the statistics tend to show that by the end of the year, half the population might drop below the new poverty level.”

The national inflation rate for food reached an astounding 82.5 percent at the end of July, while the overall inflation rate was 66.7 percent. Due to rising expenses associated with power production and substantial debt, the government has recently authorised price increases for energy.

After seeing that many urban populations were struggling to satisfy their food needs owing to increased costs and shortages of cooking gas, Jayasinghe launched her nonprofit organisation in March of this year. Even though the Trust has been able to help more people because of the generosity of international and local donors, the cost of providing and transporting food has steadily gone up. In the last four or five months, the price of a meal has gone from 250 Sri Lankan rupees ($0.68) to as high as 350 Sri Lankan rupees ($0.95).

“It is hard to offer a healthy lunch even for that amount,” even though the government has quadrupled its funding for student meals to 60 Sri Lankan rupees ($0.16) per meal. “Fifty to sixty rupees is the price of an egg,” she remarked. In addition to requests from schools, Jayasinghe regularly receives requests from large state hospitals and maternity clinics for protein-rich meals like eggs and yoghurt.