World’s Most Livable Cities in 2025 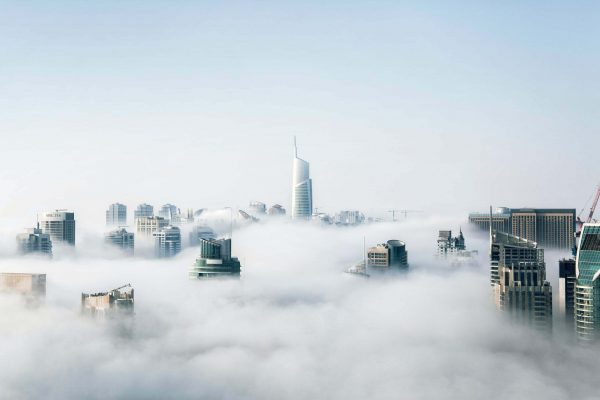 world’s most livable cities in 2025

The characteristics of a healthy, most livable cities include access to green areas, an abundance of public places, effective public transit systems, and the availability of healthcare for all citizens.


Long commutes have an impact on our wellness, which is no secret. Long commutes have been linked to poorer employee productivity and mental health, according to recent research; as a result, communities with inefficient or inaccessible transportation systems tend to have longer, more stressful commutes. most livable with the most accessible, effective, and safe transportation networks worldwide including Tokyo and Vienna on a regular basis, consistently ranking in the top 10.

We are aware that efficient public transportation contributes to reduced pollution and increased fuel economy while also promoting healthy habits through the simple act of walking from one place to another.

The Economist Intelligence Unit (EIU) publishes the Global Livability Ranking every year, which ranks 172 global cities (up from 140) for their metropolitan quality of life based on evaluations of stability, healthcare, culture and environment, education, and infrastructure. The Economist Intelligence Unit selected Vienna, the capital of Austria, as the most livable city among the 172 cities it surveyed in 2022. Vienna had previously won in 2018 and 2019. In 2021, Auckland was named the best city to live in. For seven years running, from 2011 to 2017, Melbourne, Australia, had been named by the EIU as the most livable city in the world.

According to a study by the Economist Intelligence Unit, Vienna has surpassed Auckland as the most livable cities in the world after two years (EIU).

According to the Global Livability Index 2022, Vienna placed first in 2018 and 2019, but was surpassed by Auckland, New Zealand, during the pandemic, and fell to 12th position in 2021.

Due to greater Covid-19 infection rates and stricter border restrictions in 2021, according to the EIU, Auckland’s ranking on the index fell to the 34th spot this year. Lockdowns ceased in New Zealand in December, but well-protected towns in Europe and Canada had already started loosening regulations.

The EIU claims that even in the absence of a pandemic, it is improbable that Auckland would have won the top spot in this year’s rating.
Auckland was first the last time because other livable cities had fallen. Without Covid, it would probably be in the top 10, but not number one, according to Simon Baptist, the company’s worldwide chief economist.

Copenhagen, Zurich, Geneva, Frankfurt, and Amsterdam were among the other five European cities that reached the top 10. Calgary and Vancouver, both in Canada, came in third and fifth, respectively. The only two “Asian” cities to make the top 10 were Osaka, Japan and Melbourne, Australia, which tied for tenth place.

Stability, healthcare, culture and environment, education, and infrastructure were all evaluated for the 172 cities that were included in the report.

Vancouver, Canada | Vancouver, located in British Columbia, Canada, is one of the cleanest cities in the world. It has excellent environmental sustainability, design, education infrastructure and affordability that push it high in the rankings of livability

Calgary, Canada | Calgary boasts a glorious skyline at the foot of the majestic Rocky Mountains and is home to world class libraries and basic infrastructure. These make a difference in its international profile and it ranks high on the list in future

Frankfurt, Germany | Frankfurt is a center for commerce, culture, education and tourism. It is home to many cultural and educational institutions and hosts the world’s largest book fair. It houses two large botanical gardens and a network of cycle routes. About 50 percent of Frankfurt’s city limits are protected green areas

Amsterdam, Netherlands | The capital city of the Netherlands, Amsterdam, has many tourist attractions such as the historic canals, the Van Gogh Museum, the Anne Frank House, the red-light district, and the Rijksmuseum. Amsterdam is filled with parks and open spaces in the city. It is well connected with transportation facilities

Vienna, Austria | Vienna made a comeback as the world’s most livable cities in 2022.And it can we in top again as it was number 1 many time . Good stability and infrastructure are the city’s main charms supported by good healthcare and plenty of opportunities for culture and entertainment